It's always great to see an exciting director's first film. To say, "Wow! Once that guy polishes up some of his story telling skills, he's going to make some impressive works." Harry Brown is Daniel Barber's first feature length film and it knocks the wind out of you. From the opening scenes, shot on what looked like grainy home movie stock, or what it was trying to resemble, cell phone footage blown up way beyond what it should be, the tone is set for this visceral film. What we see when the movie starts is what looks like an initiation, a bunch of youth hanging out in an alleyway, smoking drugs and playing with guns. Cut to two guys on a motor bike, shaky-cam, film the ground, driving through a park, whooping and laughing uproariously, pass a mother pushing her child in a stroller, bike stops and doubles back, driver circles the mother, pulls out the gun from the opening scene and opens fire on the poor woman. What happens next still has me scratching my head wondering how they accomplished it. The sudden, senseless, intense and brutal violence, which becomes the signature for this film is established up front and a director who doesn't stylize and doesn't shy away from such harsh images emerges into the zeitgeist.

This film is two parts to me. The first part is the story, which is extremely pedestrian, and is raised just above the common by Michael Caine and his extraordinary talents. Set in modern day Britain, we follow one man's journey through a chaotic world where teenage violence and debauchery runs rampant. When his best friend is killed, he becomes the vigilante he was always meant to be. As I sat there watching the film I was constantly thinking through the first half - "Oh, he's got a military background. That means he can do something about all the stuff we've been seeing these hooligans pull. He only needs one thing to push him ove… Oh… his only friend is going to go confront the hooligans…Yeah…that'll do it." This was a paint-by-numbers vigilante film; they might as well have gotten the outline to Death Wish or The Brave One and just plugged in new names. The music by Martin Phipps and Ruth Barrett do it no favors either, foretelling what is about to occur so far in advance that any emotional shock or connection with the characters is often lost. Emily Mortimer is all but wasted in this film, not given much to do but push exposition through and give us a glimpse into the fractured legal system that allows such horrible actions as are happening on the streets and apartments complexes in this film to go unchecked. As I stated before, the only thing that saves this portion of the film is getting to watch Michael Caine be the guy who gives these ruffians what for. It reminded me so much of the films and roles he'd done when he was younger, it almost made me nostalgic. The only other actor I want to spotlight is Sean Harris who did an outstanding job being a drugged-out-of-his-mind creep. With the bare minimum that he was given he styled a character so menacing and fascinating, in the portion of the film he was in, he stole the show from Michael Caine.

The second part of the film for me is utterly astounding and makes my mouth water for what the director will do next. The way that Daniel Berber handled the color, the texture, the mannerisms and rough aggressiveness of the streets and the children they spawn was amazing. It really made me wish he had chosen a better project to put this talent to. I wonder what he would have done with Sin Nombre, Bully or even transplanting a City of God type tale into England. He could bring those kinds of storylines to brilliant life. I don't want him to get pigeon-holed, but from what I saw here, I just want him to fan this flame a little more and see the skill that's began shining to come to full fruition before he moves on. The cinematographer, Martin Ruhe, as well must be complimented for making such raw and gritty images look absolutely beautiful.

It must be said that the kind of actions of violence portrayed in this film are not over exaggerated. The police advisors for the film, it is mentioned in the notes for the movie, had far more shocking stories to tell. That said this film does not come down praising or condemning either one side or the other, as well it shouldn't. If the intention of the film was to entertain, it did so very well. However, if the intention was to inform, to educate or to stir something in the hearts of its audience and make a difference, it missed completely. It is difficult to do so when your hero's response to violence is more violence. 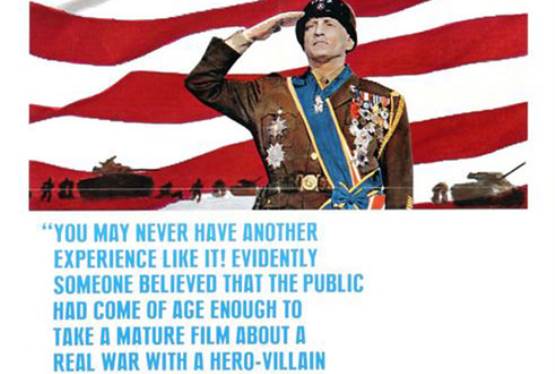