The 3D is spectacular and well worth the extra few dollars for this version of the Blu-ray. 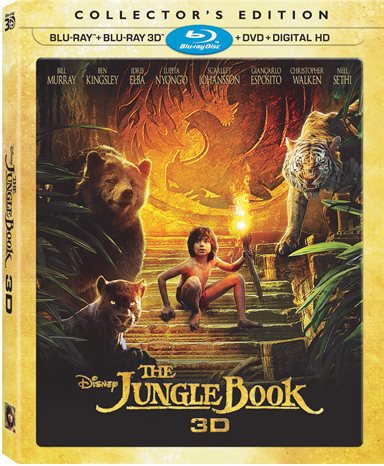 Purchase  DVD/Blu-ray/4K UHD
"Look for the bare necessities, the simple bare necessities".  We all know and love the song and many of us remember the animated film that came out in 1967.  When Disney said they were going to make a live action version of the beloved cartoon, there were certainly skeptics who wondered how they were going to pull that off.  C'mon now… this is Disney.

Mowgli (Neel Sethi) was a young boy lost in the woods when he was found by Bagheera (Ben Kingsley; Enders Game), the panther.  Bagheera takes him to be raised by the wolves and Mowgli is taken in by Raksha (Lupita Nyong'o; 12 Years a Slave) and her mate, pack leader Shere Khan (Idris Elba; Stay Trek Beyond).  Everything is fine and Mowgli is raised right along with the cubs until one day Akela (Giancarlo Esposito; Revolution) the tiger finds him and wants to kill him.  Akela was burned by a human years earlier and has feared/hated humans ever since.

In order to save the pack from Akela's wrath, Mowgli agrees to leave and Bagheera takes him to bring him to the man village.  Along the way, Mowgli and Bagheera get separated and Mowgli ends up hooking up with a bear named Baloo (Bill Murray; Groundhogs Day) after Baloo saves Mowgli from Kaa the Snake (Scarlett Johansson; Avengers: Age of Ultron).  Forming an unlikely friendship, boy and bear end up with a bond which ultimately leads Mowgli to save all his forest friends.

One thing I will say about Disney, they certainly know how to put a cast together.  From Academy Award winners to today's biggest stars, the film boasts some great talent.  Murray is perfectly cast as Baloo - somewhat loveable, somewhat goofy and always endearing.  Kingsley brings his usual regal charm to the role of Bagheera and Christopher Walken (The Deer Hunter) is an inspired choice for the voice of King Louie. Newcomer Sethi does an excellent job keeping up with these pros, which I suspect has much to do with Director Jon Favreau (Iron Man).

The biggest problem with the movie is that it is trying to please everyone and, unfortunately, doesn't succeed.  This version of The Jungle Book, unlike the 1967 animated movie, is based more closely on Runyard Kipling's novel, and is much darker than the 1967 story which was cuter and more child friendly.  This fact in and of itself isn't the issue.  Rather, Favreau tried to also incorporate the "happier" version into this film and it simply doesn't work.  I understand his dilemma. If he didn't add the beloved songs from the 1967 movie,  people would have been disappointed and some may even have been angry.  However, Kipling's original story was much darker, not leaving room for catchy songs sung by bears and big apes.

On a more optimistic note, the 3D is spectacular and well worth the extra few dollars for this version of the Blu-ray. The depth of the picture is excellent which brings the Jungle flora and fauna to life.  The varying hues of color are magnificent, which also helps to set the feel of Jungle life and the various greens of the trees are lush and vibrant.  The DTS-HD Master Audio 7.1 is terrific and the surround sound really make the jungle come alive, especially when Kaa is speaking to Mowgli.

The 3D Blu-ray release also offers a copy of the previously released DVD which has the following special features:

It also has new features including:

• Developing Kaa (2:51): shows how Sethi worked with an animatronic Kaa to create believability.

The 3D video and star power make up for the juxtaposition of the serious script intertwined with the catchy tunes from 1967.  The film does drag a little in the middle as well, but, overall, it's a good effort for a difficult task.  While this live action wasn't as successful as last year's Cinderella, in my opinion, it's still a solid effort on Disney's and Farvreau's behalf and it makes me want to see next year's Beauty and the Beast all the more.

Listen to the The Jungle Book 3D Collector's Edition soundtrack on Apple Music.

For more information about The Jungle Book visit the FlickDirect Movie Database. 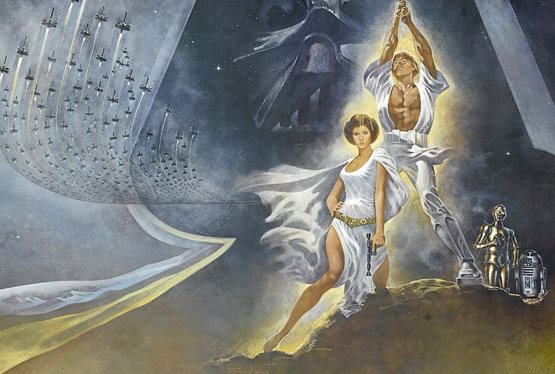