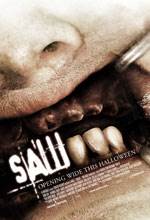 Lionsgate (NYSE: LGF; Toronto), the leading independent filmed entertainment studio, and Twisted Pictures announced today that SAW III, the next chapter in the psychologically intense and disturbing horror franchise, will begin principal photography on May 8th in Toronto. The film, directed by Darren Lynn Bousman (SAW II), with story by franchise originators Leigh Whannell and James Wan (SAW, SAW II) and screenplay by Whannell, is scheduled for a Halloween 2006 release. The Twisted Pictures team of Mark Burg and Oren Koules return for a third round as producers with Whannell and Wan set to executive produce. Overseeing the production for Lionsgate are Peter Block, the company's President of Acquisitions and Co-Productions, and Jason Constantine, the company's Senior Vice President of Acquisitions and Co-Productions. Nick Meyer, President of Lionsgate International, and Stephanie Denton, President of Lionsgate International Sales, will present the film for the first time to international buyers at the upcoming Cannes film market. The announcement was jointly made by Block and Twisted Pictures' Burg and Koules.

"We're tickled red about bringing a new cycle of Jigsaw's bloody inventions to horror fans all over the world," said Block. "Darren, Leigh and James are cooking up a twisted gem that promises to be the most nightmarish SAW yet."

"Twisted and Lionsgate put a lot of faith in me as a first-time director to direct SAW II, and I'm thrilled to again be part of the team for SAW III," said director Bousman. "With this story, Leigh and James have given me a lot of food for visual, and visceral, thought. I'm very excited about bringing these images to life and scaring the hell out of everybody."

"Building the SAW franchise with Lionsgate has been a truly creative process," remarked Burg and Koules. "Horror is a genre that we're all passionate about, and it's great to be part of a series that pushes it in new and ever creepier directions."

Reprising their original franchise roles for SAW III are Tobin Bell, recently nominated for the 2006 MTV Movie Award for Best Villain, as "Jigsaw," and Shawnee Smith as "Amanda." Portraying "Lynn" is rising star Bahar Soomekh, who gave a breakthrough performance in Lionsgate's Academy Award®-winning CRASH and is now starring opposite Tom Cruise in MISSION IMPOSSIBLE III. Rounding out the cast are Angus MacFadyen (BRAVEHEART) as "Jeff," and Dina Meyer, reprising her role as "Kerry."

Production on SAW III starts May 8th in Toronto and is expected to wrap by the end of June. The producers are Mark Burg, Oren Koules and the late Gregg Hoffman, to whom the film will be dedicated. The film is executive produced by James Wan, Leigh Whannell, Peter Block, Jason Constantine, and Dan Heffner.

The SAW franchise is emerging as one of the most inventive and popular franchises in the horror genre, racking up worldwide box office grosses of over $250 million and DVD sales approaching 10 million units. SAW II set a Lionsgate record with a three-day opening weekend of $31.7 million last Halloween, becoming the widest release in Lionsgate history and achieving one of the best opening weekends ever for a horror sequel. With a domestic box office of over $87 million and more than $152 million in worldwide theatrical box office, SAW II easily eclipsed the $55 million domestic box office total of the original SAW.

Twisted Pictures is helmed by Mark Burg and Oren Koules. SAW, one of the most profitable films of 2004, was their first picture under the new label and was also distributed by Lionsgate. Twisted is currently in postproduction on CATACOMBS, the first film under the previously-announced nine-picture deal between Twisted and Lionsgate, and is in production on SILENCE for Universal Pictures.

Lionsgate is the leading independent filmed entertainment studio. Fresh off the number one box office hits SAW II, HOSTEL and MADEA'S FAMILY REUNION and the Best Picture Academy Award®-winning CRASH, Lionsgate is a premier producer and distributor of motion pictures, television programming, home entertainment, family entertainment, and video-on-demand content. Its prestigious and prolific library of more than 5,000 titles is a valuable source of recurring revenue and a foundation for the growth of the Company's core businesses. The Lionsgate brand is synonymous with original, daring, quality entertainment in markets around the globe. 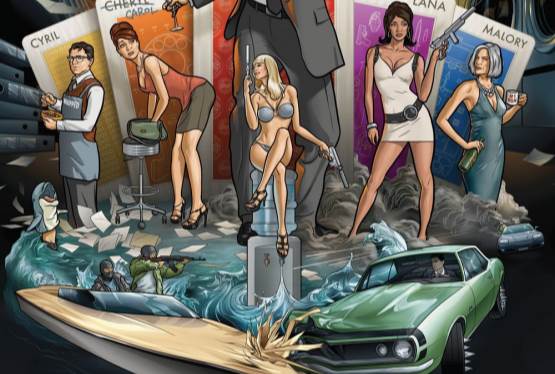