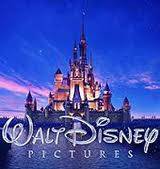 BURBANK, Calif. (February 28, 2012) - Production has commenced on location in New Mexico, Arizona, Utah and Colorado on Disney and Jerry Bruckheimer Films' epic adventure "The Lone Ranger." The film reunites the filmmaking team of the first three "Pirates of the Caribbean" blockbusters-producer Jerry Bruckheimer and director Gore Verbinski-with Johnny Depp, who created Captain Jack Sparrow in his iconic, Academy Award®-nominated performance and contributed the voice of the title character of Verbinski's Academy Award-winning "Rango."

"The Lone Ranger" is a thrilling adventure infused with action and humor, in which the famed masked hero is brought to life through new eyes. Native American spirit warrior Tonto (Johnny Depp) recounts the untold tales that transformed John Reid (Armie Hammer), a man of the law, into a legend of justice-taking the audience on a runaway train of epic surprises and humorous friction as the two unlikely heroes must learn to work together and fight against greed and corruption.

Verbinski is also a successful award-winning commercial director, having been honored with four Clio Awards and a Cannes Silver Lion Award for his work on an assortment of memorable advertising spots. In addition, he directed music videos for bands including Bad Religion and Crystal Method.

On television, Bruckheimer had an unprecedented 10 television series airing in the 2005-6 season, a record in the medium for an individual producer. JBTV's series include "C.S.I.: Crime Scene Investigation" and its spinoffs "C.S.I.: Miami," "C.S.I.: NY" and "Without a Trace," "Cold Case" and the eight-time Emmy® Award-winner "The Amazing Race."

"The Lone Ranger" will film exteriors and studio work in New Mexico, followed by locations in Arizona, Utah and Colorado.

Be sure to countdown to the release of Disney's The Long Ranger with Flick Direct's award winning iPhone Movie Clock app.