Marvel Gets Blade, Ghost Rider, Punisher and Daredevil Rights Back 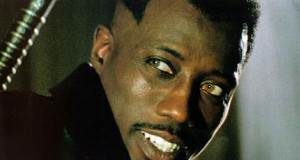 Kevin Feige, from Marvel Studios, has confirmed that Marvel has once again acquired the rights to "Ghost Rider," "The Punisher," "Blade" and "Daredevil".

But, don't get too excited about any new films just yet. Feige told EW,  "Whenever a character comes back to us, it's usually because the other studios don't want to make the movies anymore - and that usually means the [previous] movies may not have been particularly well-received. They all have potential, but we're not going to say 'We got it back - make it.'

Given the violence in these particular character storylines, it is said that now that Disney owns Marvel, it is unlikely they will release any films; however, they may license them back out to other studios.