Fans of the television show Heroes were given a treat at Comic-Con this year, as they were able to experience the thrill of becoming one of the evolved.  To celebrate the Heroes Reborn thirteen episode miniseries coming to NBC this fall, the company erected an elaborate fan experience entitled NBC "Heroes Reborn" Experience outside the San Diego Convention Center.

Besides walking through the Gallery of Heroes, fans were able to watch episodes and view character bios on tablets set up in the holding area of the tent.  While both of these portions were fun, the real excitement was in the testing center.  Fans were escorted to a room where they were "scanned" to determine if they had powers.

Once it was established that a person had the gift of fire, the experiment "trained the individual to harness and control the power.  Unfortunately, it was all a ruse used to locate the gifted people, and weed them out.  This was all explained via a transmission sent by a rebel group who were hacking into the system.  These rebels urged the subject to use their power to destroy the testing center and escape as quickly as possible.' 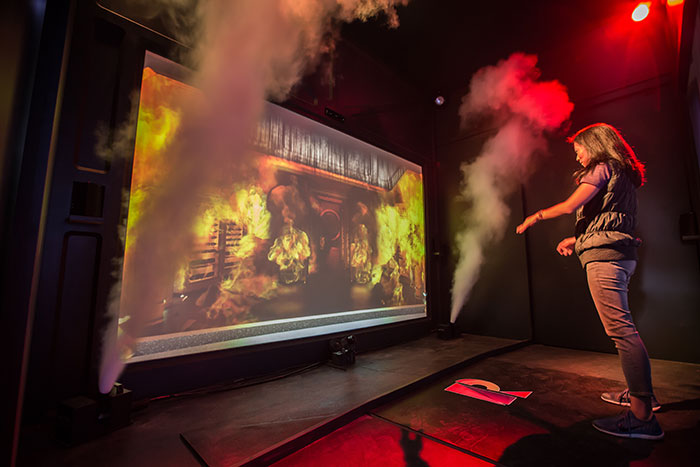 The experience was well done with great graphics, and smoke, to make it more realistic.  Once it was over, as a memento of the fan experience, the individual was given a photo of himself or herself shooting fire from their hands and a Heroes Reborn tote bag.   Any fan of the original Heroes show would certainly have enjoyed this interactive treat.  It accomplished what it set out to do, which was to build excitement for the miniseries.