Jack is Back at Universal Studios Orlando Halloween Horror Nights 25 What started out 25 years ago, with one haunted house, has evolved into one of the spookiest experiences in the world.  Universal Studios Halloween Horror Nights are back - to the delight of fans everywhere.  With more houses and scare zones than ever before, the geniuses behind the "frights" have stepped up their game and created some of the best, most creative haunted houses around.

Taking inspiration from some of the popular movies and television shows, Universal has beautifully recreated the settings with creatures lurking around every corner.  Fans of the Insidious franchise will wind their way through fog and darkness as demons attack.  Then guest will wander through the streets, trying to stay alive as they hope to survive the night in The Purge. 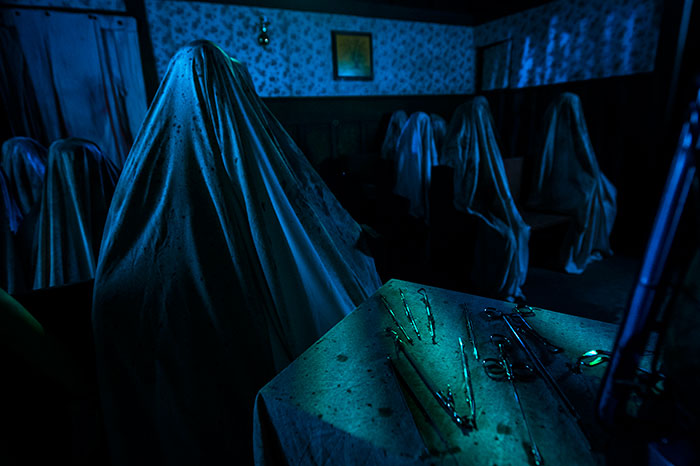 Moving on to The Walking Dead house, the setting is based around season 5 of the TV series, beginning at Terminus and culminating at the Del Arno Food warehouse besieged with "W" walkers.  Next, fans of Nightmare on Elm Street and Friday the 13th will be thrilled to experience the epic battle of Freddy vs. Jason as they visit Camp Crystal Lake and the home on Elm Street reliving scenes from both movies.

The ultimate fan experience though has to be the American Werewolf in London house, which takes you through the various scenes in the movie.  This extremely popular house has been brought back and updated in celebration of 25 years of mayhem and carnage.

The other four houses are original creations of the team at Universal Studios and includes Jack Presents: 25 years of Monsters and Mayhem, Blood Collectors: Recollections, Run: Blood, Sweat and Fears and Asylum in Wonderland-3D.  Each of these houses offers something unique and different and is no less scary than their more famous counterparts. 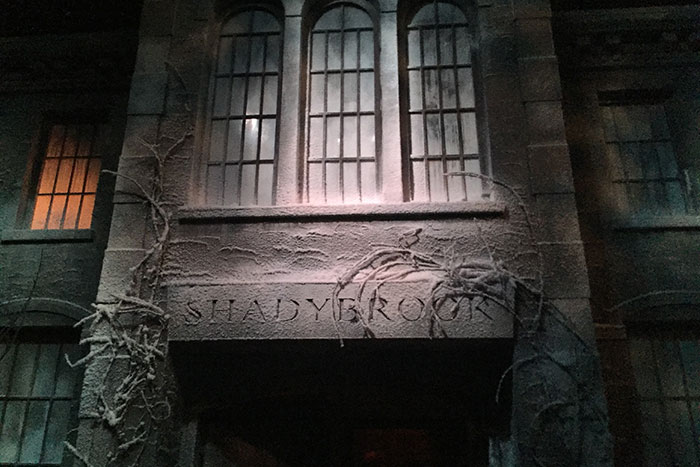 Of course, no Universal Studios Halloween Horror Nights would be complete without Bill and Ted's Excellent Halloween Adventure show that is always a crowd pleaser.  With jokes, singing, dancing, and pop culture references, this 20-minute respite serves to lighten the mood.

My favorite parts of the evening were The Walking Dead House and Asylum in Wonderland.  I loved the zombies in the first and the 3D and psychedelic lights in the latter were so much fun without being too scary. The five scare zones throughout the park also served to offer thrills and scares all evening long.

The only downfall of the evening was not having gone on a tour of the houses with the lights on.  There is so much attention to detail in all these houses and guests move so quickly through them in the dark that it is hard to truly appreciate the creativity and artistry that goes into all aspects of creating those wonderful and gory scenes.

From specialty drinks to a myriad of merchandise, Universal Studios really gives guests the full experience and it is well worth it to spend, at a minimum, one evening wandering around the Labyrinth of mazes that make up the various houses.  And, as this year is even more special as the 25th anniversary, anyone who loves Halloween and a little fright should venture to Orlando or Hollywood and check out the fun and mayhem.

All tickets can be purchased at the official Halloween Horror Nights website.