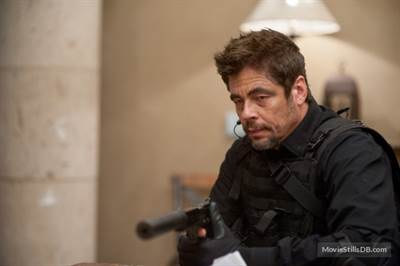 Benicio del Toro is currently in talks to star in Fox's upcoming reboot of Predator.  The original franchise began back in 1987 and, of course, starred Arnold Schwarzenegger.

The film will be directed by Shane Black and written by Fred Dekker.  The film's original producers, John Davis, Joel Silver, and Lawrence Gordon, will be producing.

Along with Schwarzenegger, Predator starred Carl Weathers and Jesse Ventura as commandos who are sent to rescue hostages, but are also being stalked by an alien in the jungle of Central America.

No plot details have been released yet.

Countdown to the release of The Predator with the The Movie Hype App.