It's been 20 years since the first Harry Potter book was published and since that time there have been six other books, eight movies, a spin-off book and movie series called "Fantastic Beasts and Where To Find Them", an online community, theme park rides and legions of fans now spanning multiple generations.  The frenzy surrounding the boy who lived and the one who shall not be named shows no signs of slowing down and for so many, the idea of coming together with other fans is an amazing idea.  Universal Studios has acknowledged this need and offers them A Celebration of Harry Potter at Universal Studios at the end every January.

Now in its fourth year, this event promised to be bigger and better this winter and it definitely did not disappoint.  Fans from all over the world came together to enjoy even more attractions, fun, and even a few surprises.  Dressed in the costumes of their favorite characters they wandered through Diagon Alley and Hogsmeade and drank butter beer by the gallons.

Friday, January 27, 2017, started off the festivities with not one but two expo centers offering everything from Wand combat training with Paul Harris, Graphic Designs from Minalima, a look at special makeup effects with Nick Dudman and Warwick Davis and props from all of the films on display.

At night the crowd was treated to opening ceremonies which included a choir, a special announcement from Pottermore, a taped message from the cast of Fantastic Beasts and Where To Find Them, and a sneak peak of The Forbidden Forest set to open at the end of March at the studio tour in London, which gave the celebration it's theme this year of "follow the spiders" - the latter causing the crowd to create an enthusiastic uproar and palpable anticipation for spring at Universal Studios.  The ceremony culminated with the appearances of this year's special guests Warwick Davis (Filius Flitwick/Griphook), Jason Isaacs (Lucius Malfoy), Matthew Lewis (Neville Longbottom) and Tom Felton (Draco Malfoy), all of who felt the love and excitement emanating from the crowd.

The expo center expansion (two venues instead of one) offered guests the chance to try out the books on Audible.com, meet acclaimed Scholastic Illustrator Mary GrandPre, and Graphic Designers Eduardo Lima and Miraphora Mina.  There were also interactive stations from Warner Bros. Interactive Entertainment and Google Daydream's Virtual Reality division. 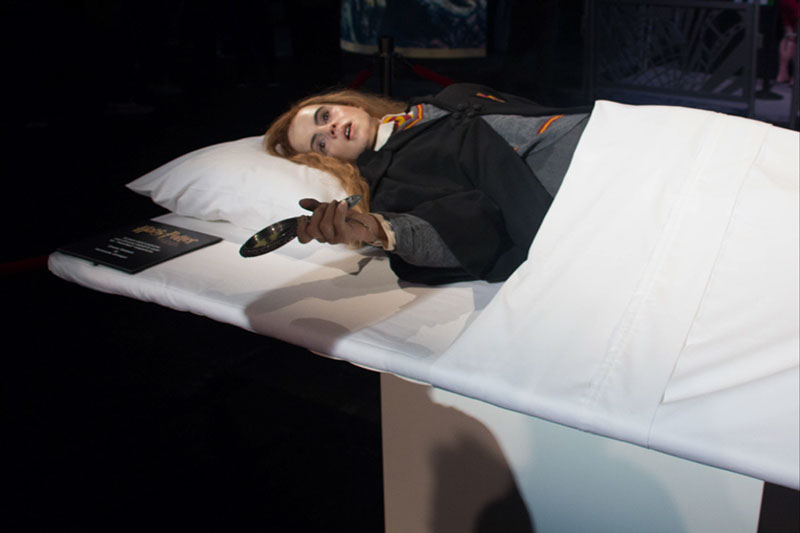 The Warner Bros. Interactive Entertainment booth allowed guests the opportunity to try out the Lego Harry Potter game including the not yet released Hermione Grainger Character.  The game includes 28 different challenges and various tasks within each challenge.  There is so much to conquer that one could play for months and not complete all 28 challenges.  The graphics were sharp and clear and was great fun being able to play the characters in Lego form while also taking a ride in the flying car in the forbidden forest.

The Google Daydream Virtual Reality immerses you in Newt Scamander's realm from Fantastic Beasts and Where To Find Them.  With an adjustable VR headset and interactive controller, you can find the beasts (currently three of them with more coming soon) and feed them and explore Newt's suitcase.  The controller is terrific because in this scenario it serves as your wand but in other Google dream options, it could be a baseball bat or steering wheel for an airship.  The graphics are well done there are numerous options in the app to keep a player busy for months with new additions being added every day. 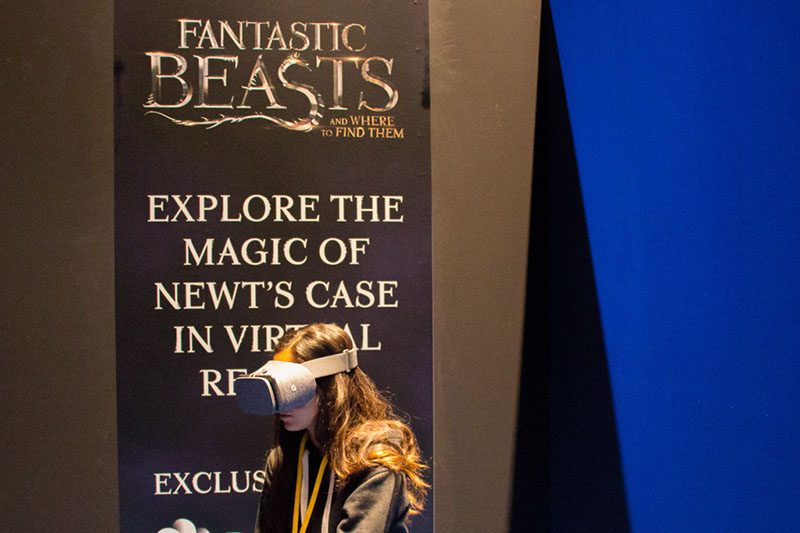 With so much to offer, any Harry Potter fan would be thrilled with the options laid out before them like a smorgasbord of treats all needing to be tasted.  Universal Studios does a terrific job offering a great variety to appeal to every fan and the energy in the parks is electric.  It's great fun to watch the fans soak up the atmosphere, dress up and share the experience with their families and other fans.  A worthwhile experience for any Potterhead, if you've never been, start saving up now so you can be there next year.

Also be sure to check out FlickDirect's coverage of the Q&A with Warwick Davis (Filius Flitwick/Griphook), Jason Isaacs (Lucius Malfoy), Matthew Lewis (Neville Longbottom) and Tom Felton (Draco Malfoy) below: 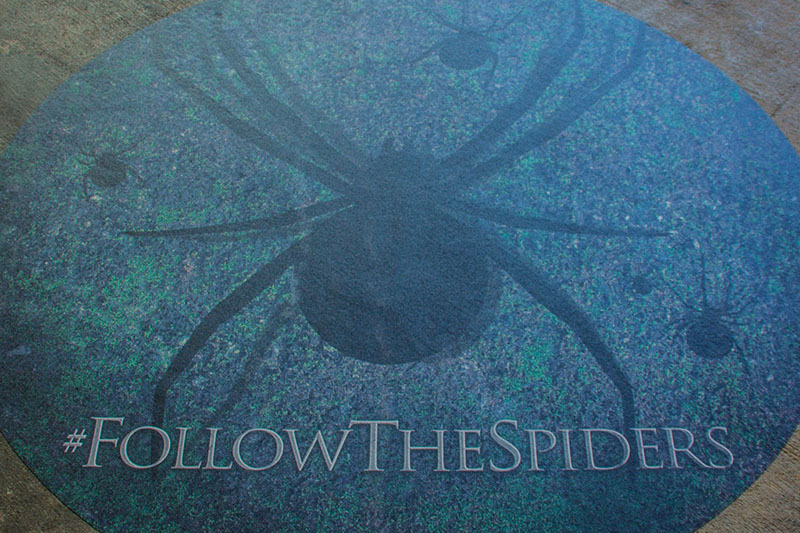