Twentieth Century Fox Television has announced their lineup for this year's Comic-Con in San Diego. Comic-Con will take place between July 20-23 at the San Diego Convention Center. The schedule is as follows:

Ghosted Adam Scott and Craig Robinson "It wasn't written for anybody else," Gormican said of Scott and Robinson, pictured in the pilot.
Fox
4:45 - 5:45PM Ghosted, Room 6BCF - Robinson and Scott, respectively play a cynical skeptic and true believer in the paranormal. They're hired to investigate unexplained phenomena in Los Angeles while uncovering a larger mystery about the human race. Robinson, Scott, Ally Walker ("Sons of Anarchy") and EPs Tom Gormican and Kevin Etten will be on hand. Series debuts this Fall.

Fox
3:45 - 4:45PM The Gifted, Ballroom 20 - 20th Century Fox/Marvel's X-Men series follows a suburban couple whose ordinary lives are rocked by the discovery that their children are mutants. The government is after their kids, and the family links up with an underground network of supernatural-powered people for their survival. Cast and EPs will be on hand for a first look of this series debuting in September. Written by Matt Nix directed by Bryan Singer, and executive-produced by Nix, Singer, Lauren Shuler Donner, Simon Kinberg, Jeph Loeb and Jim Chory, The Gifted stars Stephen Moyer, Amy Acker, Sean Teale, Jamie Chung, Coby Bell, Emma Dumont , Blair Redford , Natalie Alyn Lind and Percy Hynes White.

1:00 - 2:15PM Family Guy & American Dad!, Ballroom 20 - A special preview of Family Guy with cast Alex Borstein, Mike Henry and Jon Viener as well as EPs Rich Appel and Alec Sulkin. There will be surprise guests and a look at upcoming 300th Episode.

It's a Smith-family Funday with "Francine" (Wendy Schaal), "Steve" (Scott Grimes), "Hayley" (Rachael MacFarlane), and "Klaus" (Dee Bradley Baker), plus EPs Matt Weitzman who will treat American Dad! fans to a first look at the all new season airing July 24 on TBS. 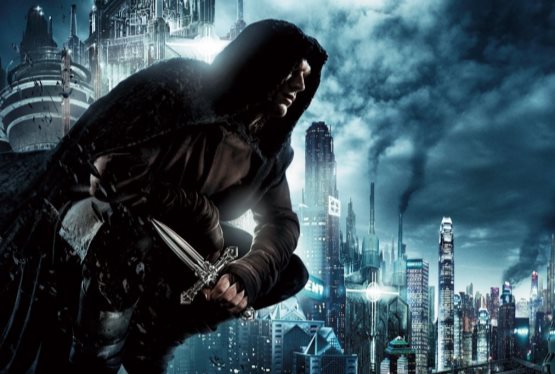