Celebrate The Holidays This Year at The Universal Orlando Resort When The Wizarding World of Harry Potter opened at The Universal Orlando Resort in June of 2010 it instantly became the vacation destination for die-hard Harry Potter fans worldwide.  It soon spawned the annual Celebration of Harry Potter three day weekend event that is now going into its fourth year.  Adding to the excitement, Universal announced the inception of Christmas in the Wizarding World of Harry Potter which officially opened November 18, 2017.  With new shows, a daily parade featuring Macy's floats and balloons and the illumination of Hogwarts Castle at nightfall, this spectacular display is sure to get everyone in the holiday spirit.

While Universal Orlando has been known to put on quite a holiday event for some time, they truly upped the ante this year by incorporating Harry Potter into the celebration.

The new Macy's parade that will be running at both the Orlando and Hollywood theme parks features brand new state of the art floats that highlight some of your favorite Universal properties including Despicable Me, Madagascar, and Shrek. The parade starts each night at 5:30 and after it is complete guests will have the opportunity to take photos with some of their favorite floats and characters throughout the park. The creation of this year's brand new holiday parade has been lead by the same team that creates the Macy's Thanksgiving day parade so the quality and craftsmanship is excellent. The event includes 15 floats and 16 Balloons (13 of which were made exclusively for Universal Studios).  Rehearsals have been going on for a number of months at Universal Orlando Resort (Even after-hours during the annual Halloween Horror Night Events) in anticipation of the November 18th premiere.

Guests are also going to be able to celebrate the holidays for the first time this year at The Wizarding World of Harry Potter, with three different holiday-inspired events.

In Diagon Alley guests will be able to experience a brand new holiday concert by Celestina Warbeck and the Banshees. Their performance will include new songs like, "Nothing like a Holiday Spell" and "Accio Christmas.". Complimenting this group is the Frog Choir at Universal Island of Adventures's Hogsmeade with the choir singing a variety of holiday songs including "The Most Magical Yule Ball Of All.".

To top off the night is the crowning achievement of Universal Orlando's holiday events, The Magic of Christmas at Hogwarts Castle. The holidays truly come alive right before your eyes with magical sites and sounds all themed to the magical world of Harry Potter. The images are projected onto the castle using 26 different projectors using a state of the art mapping system and a brand new score was recorded at Abbey Road Studios in London to be used in conjunction with the mapping system. Larger than life characters from the film adorn the castle walls created in the same style that was used in the tale of the three brothers in the Deathly Hallows film. At various points during this eight-minute show, one can see various themes present on the castle including an advertisement for the Weasley brothers merchandise as well as the Yule Ball.  All these incredible holiday moments will be shown nightly on the castle from dusk till park closing during various time intervals.

As with everything Universal does, the quality and fan interaction are superb.  This is one event you don't want to miss.

Universal Orlando's Holiday celebrations will run November 18th, 2017 through January 6th, 2018 and is included in the price of regular park admission. 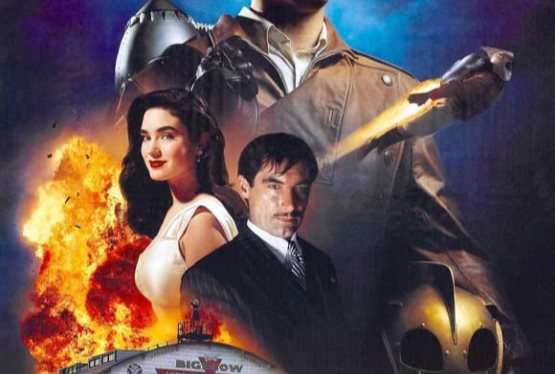