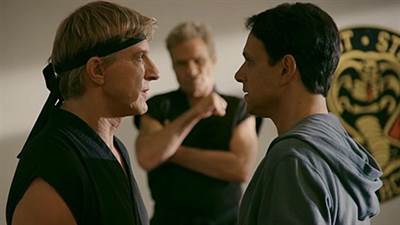 YouTube has announced that they have renewed their hit series "Cobra Kai" for a third season. The "Karate Kid" spin-off stars original actors Ralph Macchio and William Zabka. The series premiered last year and scored 55 million views for its first episode.

Season 2 premiered last week and picked up where the last season left off with the surprise return of former Cobra Kai leader John Kreese. A battle between the two dojos (Cobra Kai and Miyagi-Do) ensues and culminates in an ending no one expected.