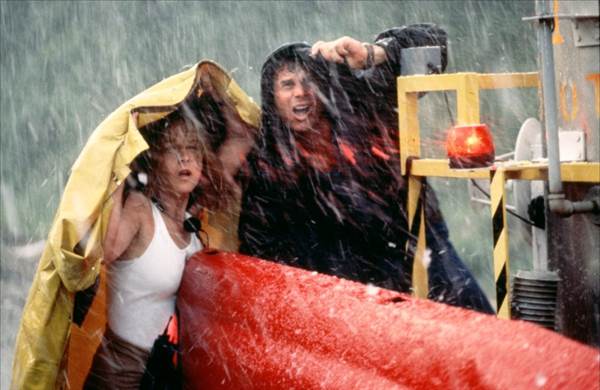 There is a "Twister" reboot in the works and they have found a director to charge. It is being reported that Joseph Kosinski has signed on for the job.

"Twister" was originally released by Universal in 1996 and was a huge success. The film starred Helen Hunt and Bill Paxton as storm chasers who devise a weather system alert in order to better warn people about oncoming tornadoes. It earned $494 million at the box office and even became an attraction at Universal Studios Theme Parks.

There's no word yet on the plot details for the reboot.

Get The App!
Filed Under: joseph kosinski, twister, universal