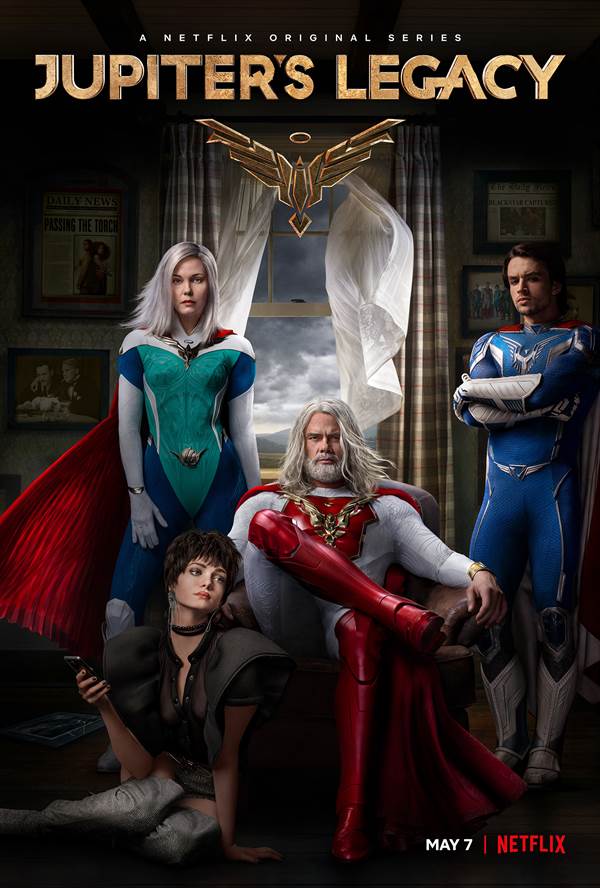 Most parents try to raise their children to be independent, caring human beings and hope for the best.  But what if your parents were superheroes and you were expected to carry on their legacy?   What if the burden was too great?  Could you do it?  Based on a comic book series of the same name, Netflix Original series, Jupiter's Legacy explores the themes of family, power, and loyalty. Premiering on the streaming channel on May 7th, Netflix, in conjunction with FlickDirect would like to award a virtual pass to see the first episode the day before it premieres.

To enter for a chance to win one of the virtual codes for an advanced preview of the first episode of JUPITER'S LEGACY follow these easy steps:

Winners do not have to have a Netflix subscription to watch the episode.

NO PURCHASE NECESSARY. Limit one premiere code per household.  Must be 13 years of age or older to win. Employees of all promotional partners and their agencies are not eligible. Void where prohibited.  Entries must be received by 11:59 pm on Wednesday, April 28, 2021, to be eligible to receive a pass. Winners will be contacted via e-mail to receive their code. Sponsors not responsible for incomplete, lost, late, or misdirected entries or for failure to receive entries due to transmission or technical failures of any kind.  ONE ENTRY PER PERSON.

Get The App!
Filed Under: contest, giveaway, netflix, jupiter''s legacy