The Tribeca Festival has announced that for the first time ever, they will launch its virtual hub, Tribeca At Home, an online platform to offer audiences, unable to attend the live, in-person events taking place June 9-20 across New York City this year, a flexible option to join in the fun from the comfort of their couch. Beginning today at 11AM EST, Tribeca at Home virtual screenings are available for advance purchase at https://www.tribecafilm.com/festival/tickets.

The new Tribeca Online Premieres section will invite festival-goers from around the country the opportunity to share and engage in making the festival experience even more dynamic and accessible to everyone. With a robust lineup of exciting new films, shorts and documentaries planned, the hub will also include an immersive showcase of 14 VR selections, various podcasts and games programming.  The carefully curated films listed below will be exclusively available to online audiences in the U.S. only. Podcasts and gaming details to be announced at a later date.

Tribeca Enterprises and Tribeca Festival Co-Founder and CEO Jane Rosenthal, said, "Tribeca at Home allows us to bring the heart of our festival to even more communities around the country. While we are excited to gather in person this year with our live screenings reaching every corner of NYC, festival-goers and the at-home audiences will have more access to a diverse lineup of storytellers than ever before."

"Tribeca first brought the festival experience into audience's homes in 2011 with the launch of our Tribeca Online Film Festival, and again as the first festival of 2020 to announce virtual programming," said Cara Cusumano, Festival Director and VP of Programming. "Now as we celebrate a return to in-person events in 2021, we are excited to also continue to cultivate our nationwide festival family with this new evolution of virtual programming into a permanent festival section."

The Tribeca Online Premieres line-up will showcase 35 films including 24 features and 11 shorts. Select features and three previously announced shorts screening in person as part of the Juneteenth program will also be included within the Tribeca Online Premieres focusing on music, health and civil unrest. Academy Award®-winner Louie Psihoyos' Mission: Joy documents the friendship between Archbishop Desmond Tutu and His Holiness the Dalai Lama. They're Trying To Kill Us, executive produced by Billie Eilish and Chris Paul, explores the disproportionately higher rates of chronic disease in the African American community while examining the intersections of food, disease, race, poverty, institutional racism and government corruption. Ferguson Rising, directed by Mobolaji Olambiwonnu, brings to light a new portrait of the community of Ferguson, the family and friends of Michael Brown, and a message of hope, love and renewal.

Narrative selections include: Creation Stories charting the dazed, confused and drug-fueled life of music mogul Alan McGee, whose label, Creation Records, catalyzed the Britpop sound of the 90's by signing era-defining bands including Oasis, Primal Scream, and My Bloody Valentine; Mickey Reese directs Agnes in which a church dispatches a pair of priests to a convent where one of the nuns is possibly under the control of a demon; and the sci-fi thriller, Settlers, is set on a desolate Mars homestead, where young Remmy finds herself the prisoner of a mysterious and murderous stranger.

2021 Tribeca Online Premieres:
*The below selections will be available exclusively for online audiences in the U.S. only.

FEATURE NARRATIVE FILM LINEUP
Agnes, directed by Mickey Reece, written by John Selvidge, Mickey Reece. Produced by Jensine Carr, Jacob Snovel. (United States) - Online World Premiere. The church dispatches a pair of priests to a convent where one of the nuns is possibly under the control of a demon. For one particular nun, their arrival signals an intense crisis of faith. With Molly Quinn, Jake Horowitz, Sean Gunn, Chris Browning, Ben Hall, Mary Buss.

FEATURE DOCUMENTARY FILM LINEUP
Being BeBe, directed by Emily Branham. Produced by Emily Branham, Marc Smolowitz, Jonathan Goodman Levitt. (United States, Cameroon) - Online World Premiere. In 2009, Bebe Zahara Benet was crowned the first winner of RuPaul's Drag Race. But the franchise hadn't yet achieved notoriety, so without an infrastructure to support her next steps, Bebe is confronted with the fickleness of fame… With BeBe Zahara Benet (aka Nea Marshall Kudi Ngwa). In English, French, Pidgin with English subtitles.

Explant, directed by Jeremy Simmons. Produced by Jeremy Simmons, Randy Barbato, Fenton Bailey. Executive Produced by Michelle Visage, David Case. (United States) - Online World Premiere. Over the past six decades, thousands of women across the globe have become sick with an amalgam of mysterious and severe autoimmune disease symptoms. The common denominator in many of their cases? Breast implants.

No Ordinary Life, directed by Heather O'Neill, Produced by Heather O'Neill and Rich Brooks. (United States) - Online World Premiere. With revealing access, the gripping documentary No Ordinary Life spotlights the esteemed careers of five courageous camera women who thrust themselves into dangerous circumstances-wars, calamities and uprisings-to bear witness and give a platform to the most vulnerable. O'Neill's thoughtful portrait of these five resilient women brings their sense of purpose-and the risks they took throughout their assignments-to the forefront.

The Phantom, directed and written by Patrick Forbes. Produced by Mark Bentley. (United States) - Online World Premiere. The Phantom takes us on a searching examination of another dark tale of American injustice, delving deep into the details surrounding a Texas murder to determine whether or not an innocent man was put to death, and exploring the prejudice and discrimination that persists today in America's Hispanic community.

Primera, directed by Vee Bravo, produced by Vee Bravo, Catherine Gund, Kevin Lopez. (Chile) - Online World Premiere. The highly-charged documentary Primera brings the audience into the volatile circumstances that led to the student uprisings in Chile in late 2019, and how a rising resistance movement-led by student protesters, activists, street artists & community leaders-fought back against the Chilean government's oppressive policies and militaristic implementation of force. With kinetic flair, the narrative immerses itself in the exploits of activists that took to the streets to reclaim their country and advocate for a just society.

Tigre Gente, directed by Elizabeth Unger. Produced by Elizabeth Unger. (United States) - Online World Premiere. A Bolivian park ranger and a young Chinese journalist risk their lives to go undercover and investigate a new, deadly jaguar trade that's sweeping South America. Along the way, they grapple with questions of empathy, responsibility, and bridging a cultural gap to prevent the jaguar trade from spiraling out of control.

Desert Dogs, directed by Samuel Morris. (Switzerland) - Online US, Short Documentary. Aya and Ibrahim both live from one moment to the next, far away from Moroccan conventions. They've figured out what makes them the happiest: a wooden board with wheels on it. In Arabic with English subtitles.

Milk Toffee, directed and written by Pulkit Arora. Produced by Rigved Siriah. (India) - Online World Premiere, Short Narrative. Bound by Christ to tell the truth, a Goan school teacher (Tanvika Parlikar) is about to report an erring child (Mohammed Huzef). But a revelation forces her to choose between the moral and the human. With Tanvika Parlikar, Shaurya Neer, Mohammed Huzef, William Rodrigues, Bertha & Joey. In English, Marathi with English subtitles.

Namoo, directed and written by Erick Oh. (United States) - Online US Premiere, Short Animation. A narrative poem brought to life and an ode to a grandfather's passing, this story follows the journey of a budding artist-and his tree of life-from beginning to end.

No Plan A, directed and produced by Linda G Mills, written by Rinnie Mills Goodrich. (United States) - Online World Premiere. An intimate and comic portrait of one family's drive across the country to see their 99-year-old grandfather diagnosed with cancer at the height of the pandemic. With Linda G. Mills, Ronnie Mills Goodrich, Peter Goodrich, Harold Mills, V.

Rise Up, directed by Bryan Buckley. Produced by Tina Densmore Bell. (United States, Brazil, Kenya) - Online World Premiere, Short Documentary. Who is the definitive modern role model for mankind? Is it a politician? A writer? A scientist? Twelve remarkable children from around the world give their answers.

JUNETEENTH LINEUP
This program is continuing this year's Festival-wide celebration of Black stories and storytellers at Tribeca.

No Running, directed by Delmar Washington, written by Delmar Washington. Produced by Eric B. Fleischman, Maurice Fadida. (United States) - Online World Premiere. With Skylan Brooks, Taryn Manning, Shane West, Diamond White, Rutina Wesley, Bill Engvall. When a young Black man's girlfriend mysteriously disappears, he's forced to go on the run, staying one step ahead of suspicious police to clear his name and to find out if otherworldly forces are to blame.

They're Trying to Kill Us, written, Produced & Directed by John Lewis, Keegan Kuhn, Executive Produced by Chris Paul, Billie Eilish, Keegan Kuhn, John Lewis, Greg Anzalone, Jay Karandikar. They're Trying To Kill Us, executive produced by NBA All-Star Chris Paul and Grammy winning artist Billie Eilish, is the follow-up feature length documentary to the award-winning film What The Health, focusing on food (in)justice told through the lens of Hip Hop. Audiences journey with co-director John Lewis as he crosses the country seeking answers to why Americans of Color suffer from disproportionately higher rates of chronic disease than their European American counterparts, while examining the intersections of food, disease, race, poverty, institutional racism and government corruption.

Enough, directed by Caleb Slain. Written and produced by Rick Stevenson. (United States) - Online World, Short Narrative. A dream, a nightmare, a musical. Ten years in the making, welcome to the stormy inner world of one boy (Nathan Nzanga) growing up in America. With Nathan Nzanga, Max Losee.

Q: What is a "Watch Window"?
A:  A watch window is how long you have to watch a film once you press ‘PLAY'.

Q: How long are watch windows?
A: Most films have a 72-hour watch window. Some films in the festival are scheduled at specific times with shorter watch windows. Be sure to check each film's dedicated page in the film guide for details.

Q: Can I pause or rewind during the watch window?
A: Yes, you have complete access to the entire program during your watch window.

Q: When can I watch movies?
A: Many films are available to watch from June 9 - June 23, 2021. Films with an in-person premiere, will be available to watch on the At Home platform the evening following their live screening - at 6:00 pm EST and remain available to watch through the 23rd of June. Films premiering on the At Home platform exclusively will be released daily, remaining available for five days each. See the festival schedule and individual film pages for At Home premiere dates and times. Please note that a small number of films will have specific At Home premiere dates with shorter watch windows; these details will be listed on each film's dedicated page in the film guide.

Q: How many times can I watch a film with my At Home Festival Pass?
A: Passholders may watch films ONE (1) time each. If a film has a watch window of 72 hours, and the PLAY button has been pressed (i.e. the film watch window has begun), 72 hours later the film's availability will expire - regardless of whether or not the film has been watched in full. Passholders will not be able to start the film again once the watch window has expired.

Q: Can I watch the films from anywhere in the USA?
A: Yes, you can access and watch At Home from all 50 states within the USA only. At Home will not be available outside the USA.

Passes and Tickets for the 2021 Tribeca Festival
Festival passes are on sale now. Tribeca at Home tickets go on sale Monday, May 3 @ 11:00 am EST.  Tickets to attend the outdoor in-person screenings / events are available starting Monday, May 10 @11:00am EST. Visit: https://www.tribecafilm.com/festival/tickets

Filed Under: tribeca, tribeca at home 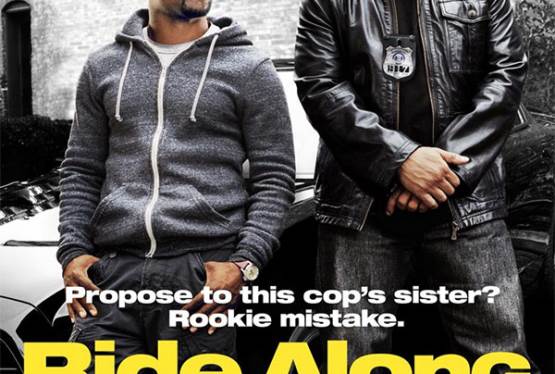