When I joined the high school forensics team I thought it should be like CSI (even though it was years before that--maybe, who was it then? Quincy?) and we should investigate murders or something. But no, it was debate. Back then I had the conception that the primary currency of a debate was, in fact, logic and rhetoric. I thought that by constructing the best argument I could--using facts and recalling figures, I could win.

At the high school level I was right. At the college level? I don't think so--and, in fact, at the national level as we now see, there is an even more important element: heart. The essential work of convincing people doesn't happen at the head--it happens at a deeper, more human level. In order to win votes you need to have more than a logical argument (although that, yes, can help a lot). You need to to connect with the audience to really win.

When I saw that Denzel Washington had made a movie about a 1935 black-college debating team that took on white debating teams (at a time when that never happened) I knew I wanted to watch it. Firstly, I'm still a sucker for "debate" movies (be they courtroom dramas, political expositions, or more literal debate shows). I also find Washington one of the most charismatic actors of our age. When he is on screen I connect with him. At least I think I do: at last check he's completely unaware of me. That's what they call movie magic. But I digress.

The real stars of the show aren't the kids--not Washington. He is a hard-assed union organizing civil-rights fighting professor who selects four students to become champions. He shines as an instructor. The kids, likewise, excel in their various roles. The handsome Nate Parker plays the team's leader Henry Lowe who has charisma and strength to burn and stands up to Washington. Denzel Whitaker plays James Farmer Jr., the son of an overbearing preacher played by Forest Whitaker (and though they look alike and share the last name, they are no relation--yeah, I wondered too). He has some of the heart of the show being a very young somewhat pudgy underdog who wants to date the beautiful and brilliant Samantha Booke (Jurnee Smollett) but is pretty much destined to lose to the more manly Lowe (there are some sparks of conflict but they never ignite into a movie-destroying blaze). Rounding out the team is Hamilton Burgess (played by Jermaine Williams) who gets relatively little screen time and then has an exit that writes him out before the cast can become over-full.

The show, produced by Oprah's Harpo corporation, is really about racism far more than debates and the intertwined stories have nasty white police officers, smarmy anglo-saxon debaters, and a lynch mob. Real life "sports dramas" (and debate is a sport) have a pretty common formula (and if you think formulas don't happen "in real life" you are misunderstanding something very basic about why they are formulas). The formula is that a promising up-and-comer gets a chance, loses it, comes back, and wins. The reason why movies do this is not because reality has script-writers but because with all of history to draw on, these are the stories that are electric.

Where Debators runs this playbook it's good. Will the team debate a white school? Will they win? Will the young, sympathetic James Farmer Jr. ever get a chance to debate and not just be a research jockey? Will he get the girl? Will Lowe grow up to his full potential? These are team-dynamics questions that are, in fact, the driving engine of the sports story. The racism element dovetails nicely although it more or less runs along side rather than amplifying the tension).

When we get to union organizing/busting, the over-bearing father, and the teammate's relationships, though (with a random lynching thrown in) the movie becomes very, very busy. Denzel Washington directs it and handles all these balls-in-the-air with the experience of an accomplished director but I still found myself drifting around wanting to see either more debates or something happen to the nasty sheriff or the father and son Whitaker-family drama resolve ... and in the end, a lot of that didn't.

I liked the show--but I think that it dilutes both its message and its story with a myriad of story-lines that interfere rather than building on each other. Some critics have said it was too deep into the "feel good" zone to pack a real punch and I think I may have to reluctantly agree with them. What debating exists is good. When the characters go up against their greatest challenge at the end they do an excellent job. When the team fights, fragments, and then congeals it has most of the power its supposed to--but it's also busy. Even at the end, when a character shows up, unexpectedly, I wanted a coda to see "what happened to him" (not 'historically'--but in reference to his actual being there).

I felt this way during the movie a lot. There were parts I wanted more of and parts I wanted less of. That, in and of itself, however, means there was a solid core of the movie that had value.

A few things of note:
1. Wiley College really did have a kick-ass debate team. They really did debate white schools and they really did win. The principles in the show were / are real (it is not clear to me if they are all still alive or not) and the action, as it happened, may be Hollywood-ed up but it's essentially true in the large strokes (there is question as to whether the school they debated in the end is the actual school they really debated. I suppose the radio-show may not have been historically accurate as well).

2. When Washington describes where the term Lynching comes from he references a document attributed to a slave-owner "Willy Lynch." This document is available online and is truly despicable. It also uses anachronistic language such as "refueling" and "fool proof" which have led some scholars to question its authenticity. Whether it is real or not, however, as with the specifics of the final debate isn't important to the show. But we have to be aware that what is presented as fact in a movie (and, indeed, on Wikipedia, my source to question it) needs real review and analysis before we just accept it as truth.

3. According to the New York Times even though the Wiley team were champions they could not call themselves the victors: they were not part of the debate society. That didn't happen until after WWII. 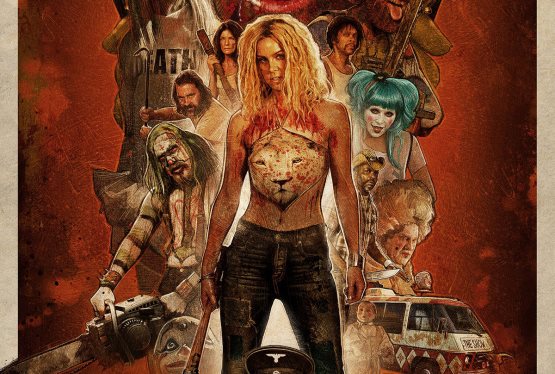