Jack Reacher is a loner; a former member of the Army Military police.  He roams around the country unofficially "investigating" suspicious situations that frequently place him in danger.  The brainchild of British author Lee Child, the character has been the protagonist in 26 novels, two of which we made into feature films starring Tom Cruise.  Amazon Prime Video has now produced a series based on the novels called, REACHER.  Starring Alan Ritchson (Titans), REACHER will premiere exclusively on Prime Video at the beginning of February.

Amazon Prime Video, in conjunction with FlickDirect, would like to offer some lucky winners one electronic admit-two pass ticket to a virtual advance screening of REACHER on Tuesday, February 1, 2022, at 7:30 pm before the series debuts on February 4, 2022.

To enter for a chance to win one ticket to the virtual advance screening of Amazon Prime Video's REACHER, follow these easy steps:

Reacher follows Jack Reacher, a veteran military police investigator who has just recently entered civilian life. Reacher is a drifter, carrying no phone and the barest of essentials as he travels the country and explores the nation he once served. When Reacher arrives in the small town of Margrave, Georgia, he finds a community grappling with its first homicide in 20 years. The cops immediately arrest him, and eyewitnesses claim to place Reacher at the scene of the crime. While he works to prove his innocence, a deep-seated conspiracy begins to emerge, one that will require Reacher's keen mind and hard-hitting fists to deal with. One thing above all is for sure: They picked the wrong guy to take the fall.

Season One of Reacher is based on Lee Child's first Jack Reacher novel Killing Floor and is written for television by Emmy-nominated writer Nick Santora (Scorpion, Prison Break), who also executive produces and serves as showrunner for the series as part of his overall deal with Skydance Television. Further cast includes Malcolm Goodwin (iZombie) as Oscar Finlay, Willa Fitzgerald (The Goldfinch) as Roscoe Conklin, Chris Webster (Most Dangerous Game) as KJ, Hugh Thompson (Blessed Stranger: After Flight 111) as Baker, Maria Sten (Swamp Thing) as Frances Neagley, Harvey Guillén (What We Do in the Shadows) as Jasper, Kristin Kreuk (Smallville) as Charlie, Currie Graham (Murder in the First) as Kliner Sr., Marc Bendavid (Dark Matter) as Hubble, Willie C. Carpenter (Devious Maids) as Mosley, Maxwell Jenkins (Lost in Space) as Young Reacher, and Bruce McGill (My Cousin Vinny) as Mayor Teale. In addition to Santora, the series is executive produced by Lee Child, Don Granger, and Scott Sullivan, with David Ellison, Dana Goldberg, and Bill Bost for Skydance.

NO PURCHASE NECESSARY. Limit one ticket per household.  Must be 17 years of age or older to win. Employees of all promotional partners and their agencies are not eligible. Void where prohibited.  Entries must be received by 11:59 pm on January 30, 2022, to be eligible to receive a ticket. Winners will be contacted via e-mail to receive their electronic ticket. Sponsors are not responsible for incomplete, lost, late, or misdirected entries or for failure to receive entries due to transmission or technical failures of any kind.  ONE ENTRY PER PERSON. 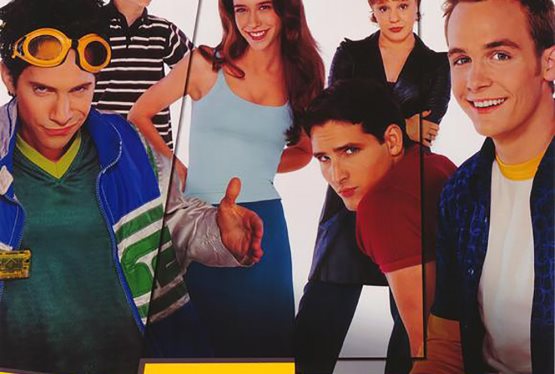