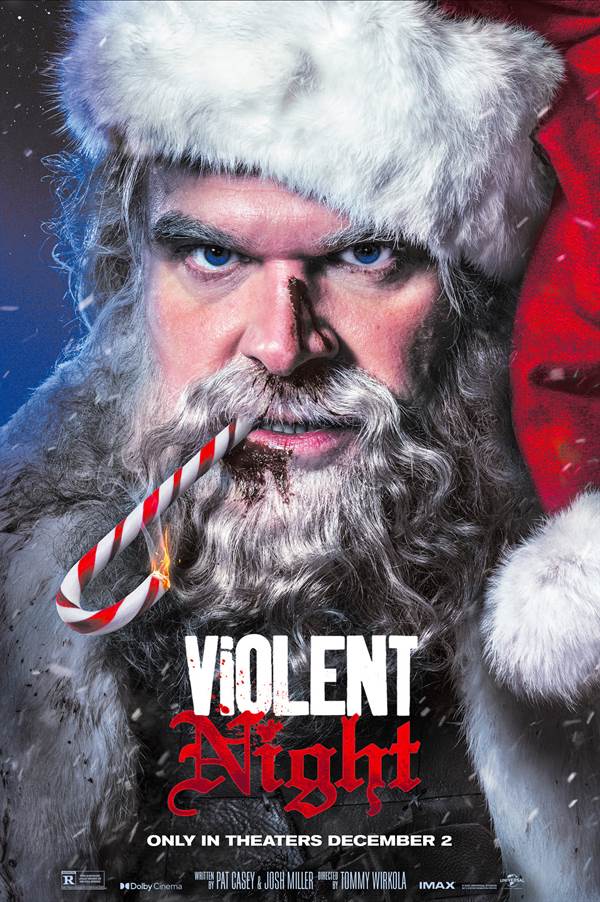 When Halloween is over, retailers gear up for the holiday season, which generally includes at least one trip to the movie theater to see the latest releases.  It never fails.  In October we get the horror films then six to eight weeks later we endure all the Christmas fare with miracles and excitement.  But what if the two genres were combined?  Well you would end up with a film called VIOLENT NIGHT.  Bloody but hilarious the movie heads to stores on Blu-Ray and DVD on January 24th, 2023.

.As it now makes its way to the home entertainment market, Universal Pictures, in conjunction with FlickDirect, want to give a few lucky individuals the chance to win a digital code to see the film through Movies Anywhere.

To enter for a chance to win one VIOLENT NIGHT digital code, simply follow these easy steps:

When a team of mercenaries breaks into a wealthy family compound taking everyone inside hostage, they are not prepared for a surprise combatant: Santa Claus. David Harbour ("Stranger Things") stars as St. Nick in the "wildly entertaining" (SCREEN RANT) holiday romp, delivering some serious season's beatings to save the family and the spirit of Christmas.

Rated: R for strong bloody violence, language throughout and some sexual references

NO PURCHASE NECESSARY. This film is rated R. Must be 17 years of age or older to win. Employees of all promotional partners and their agencies are not eligible. Void where prohibited. If an email is received without   the entry will be voided, and the email deleted.  Entries must be received by 11:59 pm on January 22, 2023 to be eligible. The winners will be contacted via e-mail in order to receive their Digital code.   Sponsors not responsible for incomplete, lost, late, or misdirected entries or for failure to receive entries due to transmission or technical failures of any kind.