NBC's Heroes Isn't Off To A Great Start As everyone knows a new season of Fall television started a little while ago, and one of the most anticipated shows, NBC's Heroes, isn't off to a great start....Hopefully my rant will be a little coherent!

How dumb ... how stupid would you have to be to think that the half naked guy chained in the back of a cargo box is in any way responsible for stealing your fifty crates of iPods? How long would you keep hitting his disoriented ass before you believed he had amnesia like he was telling you ... how long before you caused it?

The Irish gangsters in Heroes are, perhaps, some of the dumbest gangsters in movie history. But their good lads at heart, most of them. They're raw stereotypes--and they're not the only ones appearing this season.

Claire has another geeky boyfriend--like almost all introduced characters, he's got powers (this time recycled). Sylar is back ... yawn. Although he did get a good scene when he killed uber-annoying mirage girl who turned out (as it should) that she was not as pretty as she appeared.

Micah is still appearing on screen for some reason. Why the family isn't still knocking over ATMs to make ends meet is a mystery to me.

The problem with with Heroes is that when it's not being stereotypical (Claire can't "be herself" in high school so she gets dumped on by mean girls) it's being manipulative (mind-reading cop gets surprised by annoying-voice-over-doctor in his apartment ... the kids are all calibrated for extreme cuteness). The number of coincidences driving the story (annoying-Claire-boyfriend is the only victim of The Company who'll recognize HRG on sight) is so high that even the Hand of Fate (a.k.a. "evolution" ... huh?) seems like it'd be somewhat over extended. And it's only episode three!

Hiro's back-in-time adventure doesn't even give us a rollicking samurai epic--it's all off screen. We just get to watch him be Tonto to to an annoying British would-be Sword Saint (why, oh why couldn't the Japanese hero be Japanese? Maybe because there was too many subtitles already?). K theorizes that it's because only a white male could be portrayed as "that big a creep." I personally don't buy that--but he's got a point.

My real issue with this is that the series feels like it's still in the first-draft of its scripts. There's a mystery alright: who is hoodie-guy? The flying kid? The (likely immortal) annoying British guy? But unlike the first season, it seems neither tight nor as compelling. Sure, the suburban facade HRG guy has set up will predictably unravel--but with Haitian dude back in action the whole cast is almost all back together.

I think--I really think--they didn't have a season 2 (we were told it's be a all / mostly new cast) and they had to scramble. They didn't scramble well enough. 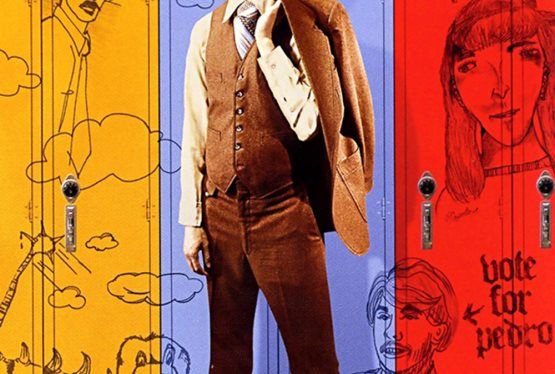