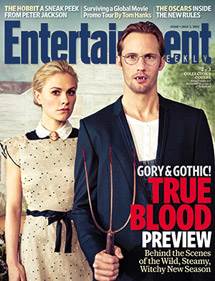 "True Blood" Season 4 will be premiering this Sunday, June 26, at 9 p.m. Those of us that are die hard fans of the show, as well as the books, are super excited and feel as if we have been waiting an eternity for the show to start back up.  Thank goodness it is only a few days away.

The show has had no small amount of press in recent weeks, with trailers, sneak peaks, and promo photos being released. The latest of these is the cover of "Entertainment Weekly", where Anna Paquin and Alexander Skarsgård pose in an "American Gothic" inspired cover. There are two other covers as well, that feature Paquin with husband Stephen Moyer and Joe Mangiello. Of course, given that this season will be the season of the witch, as well as the season of the Sookie/Eric love story, we prefer the Alexander Skarsgård cover.

Don't forget to tune in this Sunday for the much anticipated premier and check back here for more news about the upcoming season of True Blood. 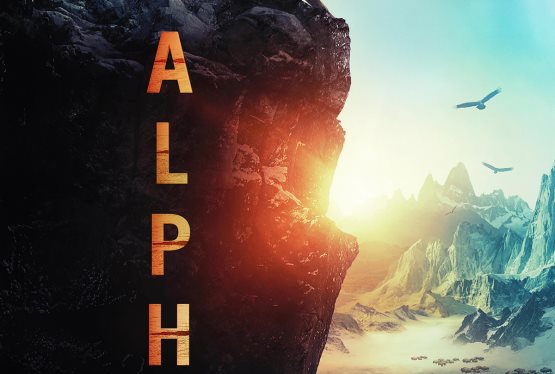