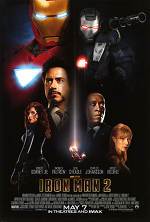 Kevin Feige, head of Marvel Studios, recently spoke with Bad Ass Digest about the future of the "Iron Man" franchise.

When asked what he would do if Robert Downey, Jr. were to leave, he said that he would probably recast the role. "I think [pre-Casino Royale] Bond is a good example. Let's put it this way: I hope Downey makes a lot of movies for us as Stark. If and when he doesn't, and I'm still here making these movies, we don't take him to Afghanistan and have him wounded again. I think we James Bond it."

Robert Downey, Jr. was also asked a similar question and stated, "I would really hate for someone else to think they could step into my shoes. I wonder who's playing Tony Stark next.… I know things are looking like that they could go on for a long while. As usual in my book, it's all about quality control and delivering a product that you can have this kind of reaction to. If they keep doing that, maybe I'll keep showing up".