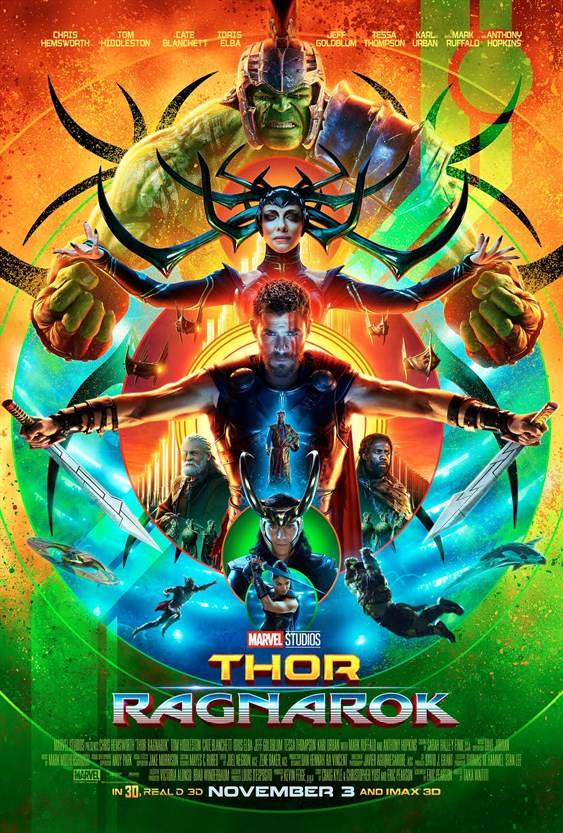 Six years ago audiences were introduced to a new superhero in the Marvel Universe when Chris Hemsworth (Snow White and the Huntsman) burst onto the screen as Thor. Next month he reprises the role in THOR: RAGNAROK and Marvel Studios along with Flick Direct want to give a few lucky individuals the chance to see it early.  South Floridians can win complimentary passes to a Special 3D Advance Screening before it opens nationwide on November 3, 2017.

In Marvel Studios' "Thor: Ragnarok," Thor is imprisoned on the other side of the universe without his mighty hammer and finds himself in a race against time to get back to Asgard to stop Ragnarok-the destruction of his homeworld and the end of Asgardian civilization-at the hands of an all-powerful new threat, the ruthless Hela. But first, he must survive a deadly gladiatorial contest that pits him against his former ally and fellow Avenger-the Incredible Hulk!

NO PURCHASE NECESSARY. Limit two (2) admit-one passes per person. This film is rated PG-13. Must be 13 years of age or older to win passes. Employees of all promotional partners and their agencies are not eligible. Void where prohibited. Entries must be received by 11:59 pm on October 29, 2017, to be eligible to receive a pass. Winners will be contacted via e-mail to receive their pass. Sponsors not responsible for incomplete, lost, late or misdirected entries or for failure to receive entries due to transmission or technical failures of any kind. SEATING IS LIMITED, SO ARRIVE EARLY. PASS DOES NOT GUARANTEE A SEAT AT THE SCREENING. Refer to screening pass for further restrictions. ONE ENTRY PER PERSON.

Get The App!
Filed Under: flickdirect florida, thor, contest, giveaway