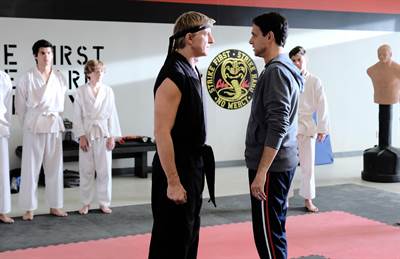 Cobra Kai has been renewed for a fifth season at Netflix. The nostalgia filled-series currently has three seasons available for streaming, with a fourth dropping in December of this year.

Ralph Macchio and William Zabka will reprise their roles, as Daniel LaRusso and Johnny Lawrence, respectively.