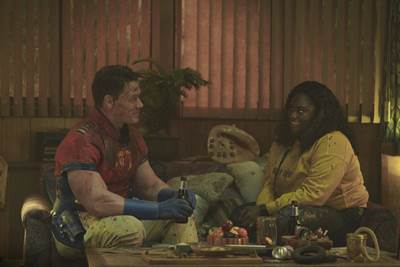 It seems another Suicide Squad spinoff series is on the horizon, according to James Gunn.  Additionally, he says a second season of Peacemaker, which recently dropped episode 5, also has a good chance of coming to fruition.

The new series would be built around one of the characters in Suicide Squad.  While nothing has been written yet, HBO Max is said to be excited about the idea based on Gunn's excitement for the idea. There has been no confirmation of Idris Elba's Bloodsport or Margot Robbie's Harley Quinn characters as part of the plan.  Gunn, tight-lipped about the project, did say it will be in the same genre as Peacemaker, and it will be in the same universe.

The idea for Peacemaker came about while Gunn was in pandemic lockdown in 2020, as he was finishing the edit of Suicide Squad.