Though the cast is young; being made up of mostly teenagers; they are well versed and trained and Burnham elicits terrific performances from then all. 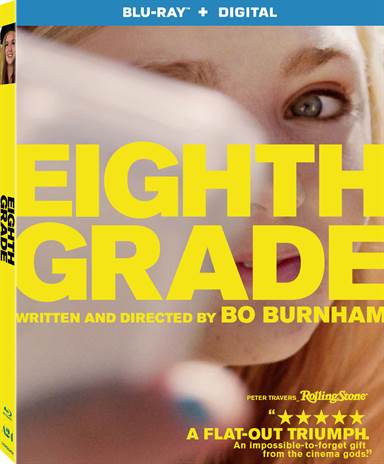 Purchase   DVD/Blu-ray/4K UHD
Who can forget those awkward teenage years when everything seemed catastrophic including one little pimple that may be here today, gone tomorrow?  Or begging your parents to buy you the latest fashion, game, etc and screaming at them and pouting when they refused?  And of course, the most dreaded place on earth in any teenager's live…middle school.  Those three little years that really go by in an instant but seem so monumental while one is engrossed in them.  Coming out the other side of that ordeal is a triumph to be celebrated and, in his own way, writer/director Bo Burnham (The Big Sick) does just that in Eighth Grade.

Kayla (Elsie Fisher; McFarland, USA) has always been the shy quiet girl who gets overlooked.  We meet her just as she is on the cusp of entering that summer before High school in the last week of eighth grade.  She is kind of a loner with few friends and no social life – at least not in person.  She is moody and temperamental as her single father, Mark (Josh Hamilton; Dark Skies), tries his best to help her navigate these formative years.  Kayla instead escapes into a world of Snapchat and YouTube to find solace and peace amongst the anonymous masses.

Things change, however, when Kayla g is invited to a pool party at one of the popular girls' houses and she consciously makes the decision to change her behavior in an effort to make more friends and become more confident before High School. Over the course of the week, we see her try new things – like talking to the boy she has a crush on at school - and leave her comfort zone in an attempt to reinvent her self before her first year of High School.  However, what she discovers along the way may be the most important lesson of all…it's ok to simply like oneself just as they are.

Burnham offers the audience a unique perspective on Kayla and her world.  He plays to the social media aspect so prevalent in a young adult's life these days and often shoots the phone or computer screen while imposing Kayla's reflection on said device.  These shots offer the audience the opportunity to see how lonely it can really be while being surrounded by lots of people digitally.

Though the cast is young; being made up of mostly teenagers; they are well versed and trained and Burnham elicits terrific performances from then all.  Fisher is wonderful as Kayla and her acting ability is seasoned well beyond her thirteen years.  Catherine Oliviere (The Weaver of Raveloe) plays stereotypical mean girl Kennedy beautifully as the audience can almost hear what she is thinking as she rolls her eyes at her mother.  Emily Robinson (Virgin Territory) and Jake Ryan (Inside Llewyn Davis) are well cast as a high school mentor and geeky boy respectively.  They help bring home the core message to Kayla that it is ok to be exactly who you are.

The Blu-ray comes with a Digital HD copy of the film and a few special features for viewing.  There is audio commentary as well as deleted scenes and a feature about the cast and director of the film.  They are decent for the most part and give some insight into the film, I don't know that they are worth watching more than once.

Eighth grade is touted as a comedy but I didn't see it that way at all.  I didn't find anything particularly funny but instead was moved by the poignancy of the plot and the message, especially in today's day and age of bullying and teen suicide.  It made me squirm uncomfortably as I was transported back to my own middle school experiences – both good and bad.

There is no big conflict or embarrassing scenario that our protagonist must overcome.  The film simply portrays the struggles young adults face as they try to find their place in this world and while it may go about it quietly, the result can be heard loud and clear.

Download Eighth Grade in Digital HD/4K from the iTunes store. 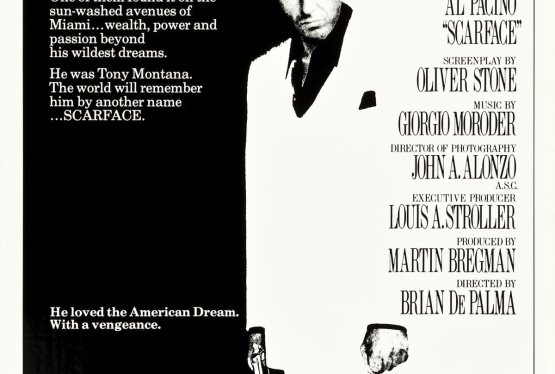