The two leads have great chemistry which serves them well as they navigate the plot. 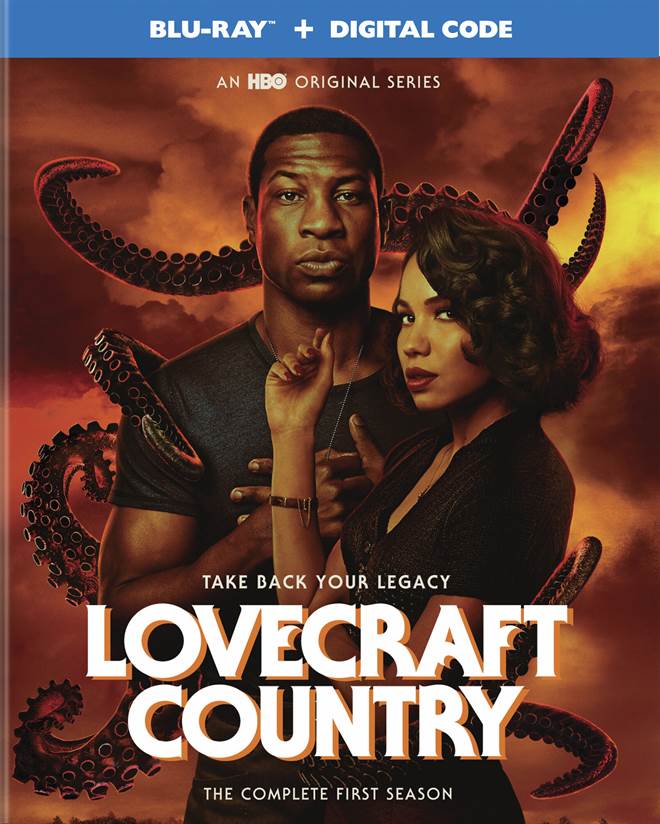 Howard Phillip (H.P.) Lovecraft was born just over ten years before the start of the Twentieth Century and grew up in New England.  His family was affluent until his grandfather's death in 1904 by which time Lovecraft's grandfather had numerous business setbacks.  Lovecraft's grandfather helped raise him after his own father passed away and would tell young Howard weird stories of winged horrors and deep, moaning sounds.  He instilled a love of Literature and English poetry in Lovecraft, who eventually took up writing short stories to try and make a living.

Though H.P. never gained much success/wealth from his writing during his lifetime, Lovecraft is now considered to be one of the most significant authors of twentieth-century supernatural horror fiction.  Therefore, it is no surprise that the adaptation of Matt Ruff's book, Lovecraft County, involves witches and weird creatures.  The novel was adapted into a television miniseries of ten episodes that aired on HBO beginning in August 2020.  This week Lovecraft County: The Complete First Season hits stores on Blu-ray and Digital HD.

Atticus ‘Tic' Freeman (Jonathan Majors; White Boy Rick) grew up with an abusive father, Montrose (Michael Kenneth Williams; 12 Years a Slave), in Chicago.  Returning home, after the Korean War, Tic, his Uncle George (Courtney B. Vance; Office Christmas Party), and his friend, Leti (Jurnee Smollett; Birds of Prey), begin an adventure to find Tic's father after he goes missing.  Their journey takes them into "Lovecraft Country" in Devon Township, Massachusetts, where they almost get lynched by some police officers and instead end up being chased by monsters with multiple eyes called Shoggoths.  When they seek shelter and help, they wind up at Ardham, a Castle, where it is discovered that Tic is a descendant of a white slave owner who was a member of an occult group of wizards called Sons of Adam.  From that point, the series just gets weirder and weirder.

Majors does a fine job playing Tic (with an amazing body) and Smollett is at the centerpiece of the ten-episode series.  The two leads have great chemistry which serves them well as they navigate the plot.  Smollett also gets to show off her powerful singing voice alongside Wunmi Mosaku (Fantastic Beasts and Where to Find Them) who plays Leti's half-sister, Ruby.  Abbey Lee (The Neon Demon) is well cast as the creepy Christina Braithwhite, who has a hidden agenda of her own, and Williams, Vance, and Aunjanue Ellis as Aunt Hippolyta are all great as supporting cast members.

The Blu-ray combo pack includes 3 discs and the Digital HD code but doesn't offer a DVD version as well.  The 1080p video quality is generally very good for the most part with clear details and a mostly deep-hued color palate.  The DTS-HD Master Audio 5.1 is impressive with effects utilizing the surround sound speakers.  The dialogue is clean and crisp and helps to showcase the vocal talents of Smollett and Mosaku.   The extras are housed on disc three and include: Orithyia Blue and the Imagination of Diana Freeman, Lovecraft Country: Compendium of Horrors, Crafting Lovecraft Country, Exploring Lovecraft Country, and Lovecraft Country The Craft.

Lovecraft County episode one is weird but will intrigue the viewer enough to come back for the second episode.  The third episode, however, doesn't seem remotely connected to the first two until you get to the end of the hour.  The other seven episodes just get stranger and more bizarre and you have to decide before episode four if you want to abandon the show now or continue watching to see how everything plays out.  The episodes are rather uneven as some of them draw the viewer in and makes one want to come back to see what is happening next, while other episodes are just too weird and "out there" to be even remotely entertaining.  Either way, it seems a second season is in the works so it will be interesting to see how the plot points at the end of season one play out and if some of our favorite characters will be resurrected.

For more information about Lovecraft Country visit the FlickDirect Movie Database. This release has been provided to FlickDirect for review purposes. For more reviews by Allison Rose please click here.