Multiple components go into making Harley Quinn the successful show it is from the scripts to the voice talent to the animation. 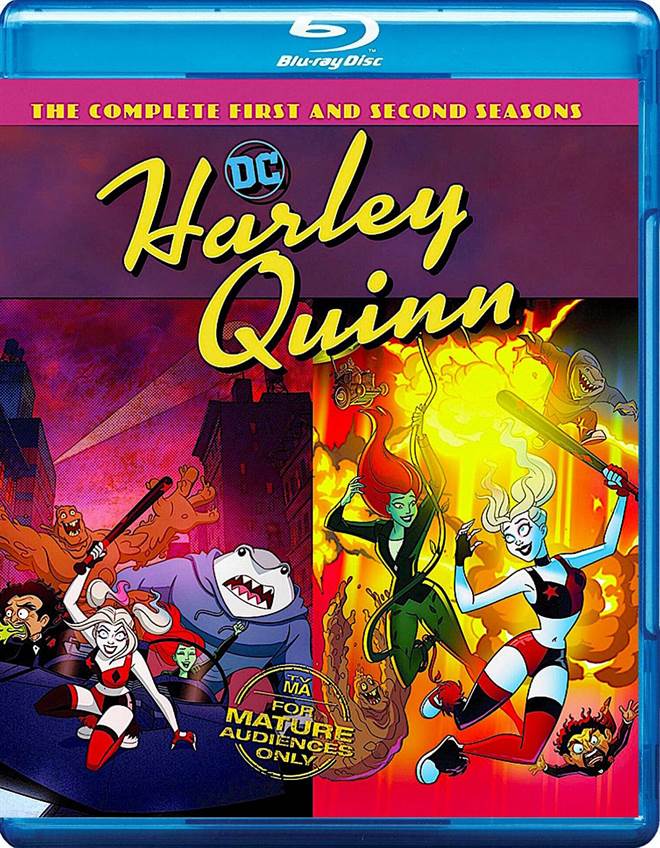 Harley Quinn was first introduced on Batman: The Animated Series as a supervillainess and Joker love interest in the fall of 1992.  She was then incorporated into the comic books a year later.  Through the years she has been voiced by numerous actresses including Tara Strong (Rick and Morty), Jenny Slate (Gifted), and Melissa Rauch (The Big Bang Theory).  Almost 25 years later, in 2016, she was included as a character in the live-action movie Suicide Squad.  Margo Robbie (I, Tonya) portrayed the highly intelligent yet psychotic character in the movie and again in 2020's Birds of Prey.

In 2017, an animated television show was created for the DC Universe, a now-defunct streaming service, and starred Kaley Cuoco (The Big Bang Theory) as the voice of Harley Quinn.  The cartoon premiered on November 29, 2019, to critical acclaim.  The second season began on April 3, 2020, to even higher critical praise than season one had, and in September 2020 the third season was announced to begin airing sometime this year on HBO Max.  For fans of the show, or for those who are unfamiliar with it but want to see it, Warner Bros. Television Distribution is releasing a season one and two Blu-ray combo pack this week.

As season one begins Harley Quinn (Cuoco) finds herself in Arkham Asylum after a failed yacht robbery attempt.  She insists the Joker (Alan Tudyk; Firefly) is coming to free her because he loves her but after a year goes by it is her best friend, Poison Ivy (Lake Bell; It's Complicated) who frees her (in more than one way).  Finally realizing Joker never loved her, Harley hatches a plan to earn her place in the Legion of Doom. She assembles a team including Poison Ivy, Clayface (Tudyk - pulling double duty), Doctor Psycho (Tony Hale; VEEP), King Shark (Ron Funches; Get Hard), and Sy Borgman (Jason Alexander; Seinfeld) to help her achieve her goal.

Throughout the twenty-six episodes of seasons one and two, the group finds themselves in all kinds of interesting situations.  King Shark has to escape an arranged marriage; Poison Ivy gets engaged to Kite Man (Matt Oberg; Sisters), Harley and Ivy have a same-sex relationship, Doctor Psycho tries to take over the world with the help of an army of Parademons, etc. all while cracking some hilarious and inappropriate jokes.

Multiple components go into making Harley Quinn the successful show it is from the scripts to the voice talent to the animation.  The creators, Justin Halpern (Powerless), Dean Lorey (Arrested Development), and Patrick Schumacker (Powerless) have assembled a team that churns out imaginative dialogue, stories, and visuals.  The cast is excellent and delivers their lines with the perfect inflection and tone, especially Cuoco and Bell.

The 1080p picture quality with a 1.78:1 aspect ratio helps the viewer to appreciate the detail and color palette of the animation while the DTS HD Master audio 5.1 utilizes all the surround sound speakers effectively.  Sadly, the combo pack doesn't come with either a Digital HD code or any extras.  Hopefully, Warner Bros. will choose to add some for the season three Blu-ray release.

If you have yet to see Harley Quinn, you will want to pick up this combo pack, in stores today.  The storylines, animation, and casting are so terrific you will end up binge-watching all twenty-six episodes in one day.  The jokes are off-colored, and the content is for mature audiences, so parents are forwarded (as if the label on the packaging doesn't deter you) that, even though the show is animated, IT IS NOT FOR KIDS!!!

For everyone else, buy the Blu-ray, watch it and, once Covid is contained, watch it again with all your friends.

For more information about Harley Quinn visit the FlickDirect Movie Database. This release has been provided to FlickDirect for review purposes. For more reviews by Allison Rose please click here.