Home / Reviews / They Shall Not Grow Old

They Shall Not Grow Old Theatrical Review 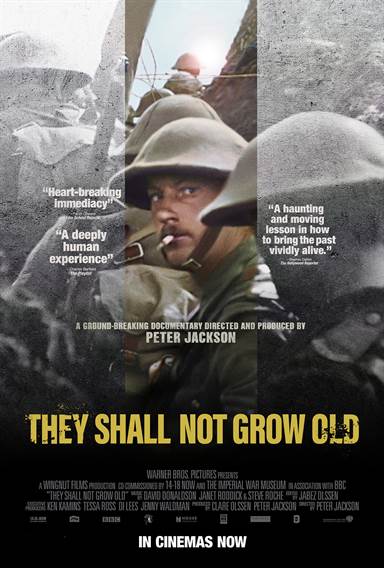 In June 1914, a young Bosnian named Gavrilo Princip, tired of the Austro- Hungarian rule in Bosnia, assassinated Archduke Franz Ferdinand and his wife, Sophie in Sarajevo.  This act led to the July Crisis and by August 1914 France, Britain, and Russia were at war with Austria-Hungry, Germany, and Italy.  This conflict became known as World War I or the Great War.  Millions would eventually die on both sides before the armistice was signed and November 11, 1918.  In They Shall Not Grow Old, famed Director Peter Jackson (The Lord of the Rings Trilogy) pays tribute to his Grandfather and the brave, young British soldiers who fought on the front lines in France.

The hour and a half long documentary opens with black and white footage and photographs while several older gentlemen discuss their interest in enlisting in the British military.  They reminisce about the general sentiment about the war both leading up to the assassination and after the proclamation.  They talk about the excitement of the idea and lying about their ages so they could enlist while images of young British boys (some as young as 15) smile for the camera and don military uniforms.  The narrative then moves on to basic training where these men still speak enthusiastically about fighting for their country on foreign soil.

About twenty minutes into the film the images we see become colorized using the latest technology (the film is shown in 3D as well) changing the entire feeling of the movie.  At this point, we watch as these "soldiers" are shipped off to France to fight in the trenches (literally) and this is where we can hear the tone change in the interviewees' voices.  The audience has no way to prepare for what follows from this point on.  The beginning of the movie is more lighthearted but once we get to the battle we see graphic images of what it was really like being in the trenched for days from shaving and sleeping to bathroom habits.  Of course, the most graphic details are those of the dead soldiers strewn about the trenches and the battlefield.

The film becomes more somber when, towards the end, the interviewees begin speaking about the calculated attack to move the enemy back from the front lines.  First, the bombs are exploded to cut the barbed wire then the soldiers leave the semi-safety of the trenches and advance straight towards the enemy.  This resulted in numerous wounded and even more dead on both sides.  The descriptive nature of those speaking is gut-wrenching as images of death and destruction across the screen.  Interestingly the final act is not what one would expect.  As these former soldiers describe, there was no celebration and elation of the war ending and when they finally return home, they are seen more as outcasts than heroes who are unable to even find jobs.  Their initial naïveté has worn off by the end and lost innocence is apparent in their tone.

What Jackson does here is not sugarcoat the horrors of war.  Even though audiences have seen graphic images from previous films, these are more poignant as we know they are real.  There is a way to suspend realism when watching a blockbuster, big budget, fictional drama but these images cannot be ignored as dead humans and animals lay rotting in open fields.  You never get more of a sense about the saying "War is Hell" than from watching this documentary and yet, you know, sitting in the theater, that it cannot begin to touch upon what these men went through in real life.

The addition of colorization is both smart and distressing all at the same time.  Giving texture to the old grainy videos makes it visually easier to view but also brings sharp contrast to the details of dead bodies.  It also makes the scenes more "present" whereas watching an old black and white movie allows the audience to detach from the "past".

Download They Shall Not Grow Old in Digital HD/4K from the iTunes store.

For more information about They Shall Not Grow Old visit the FlickDirect Movie Database. 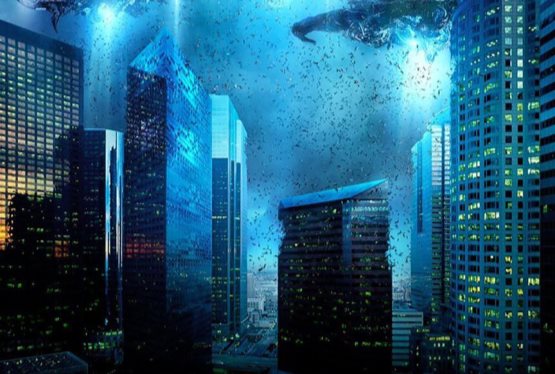