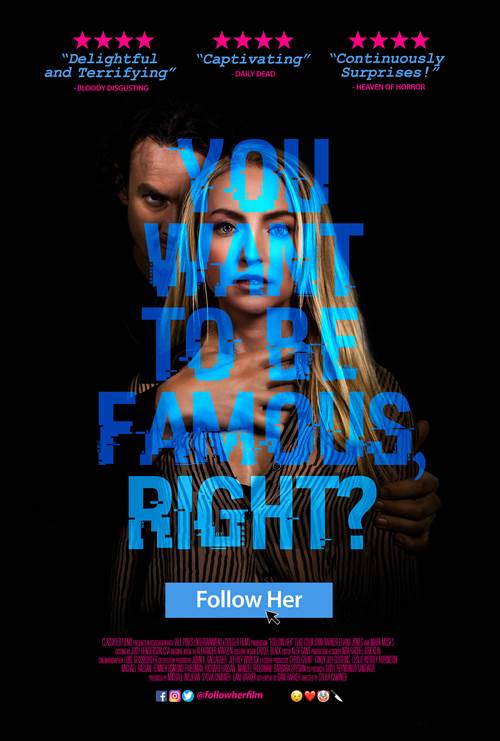 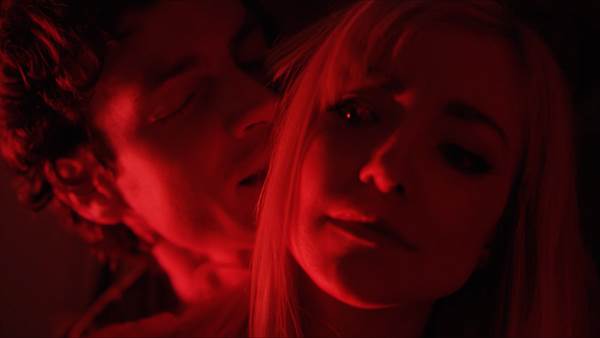 With arresting visuals and an engrossingly lurid mystery, FOLLOW HER is a nail-biting, seat-squirming, stylish suspense thriller from notable Florida filmmaker Sylvia Caminer that swept the recent Fantasporto Film Festival, including wins for Best Picture, Best Actress, and the Audience Award. The disturbing but timely female-led psycho-sexual thriller centers on a struggling actress and live streamer who has finally found her hook: secretly filming creepy interactions she encounters via online job listings, and using the kinks of others to fuel her streaming success. For her next episode, she’s been hired to write the ending of a screenplay in a remote, lavish cabin. Once there, the alluring self-proclaimed screenwriter hands her a script in which the two of them are the main characters. This client isn’t what he seems, and even though the money’s great… the real payment here could cost her life. 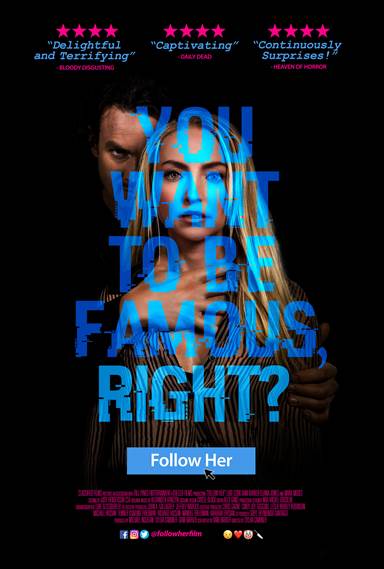 Social media…some say it is a blessing, some say it is a curse.  In an instant, anyone can bring the global network right into their own home.  Conversely, people can get caught up in an electronic world, becoming anti-social.  Yet, others can use the platform for more malicious intents.  Cyberbullying has become a huge problem, especially for high school and college students and criminals have found new ways to lure their victims through electronic devices.

Becoming a social media star can be a double edge sword as well.  On the one hand, individuals become pseudo-celebrities and some even make millions of dollars online.  On the other hand, they open themselves up to all kinds of character assassinations.  The new horror/thriller film, Follow Her, serves as a cautionary tale about the evils, even when they are purely unintentional, of Social Media and the World Wide Web.

Jess  (Dani Barker; The Poo Bag) is an aspiring actress who is a web star, secretly recording anything and everything, especially her exploits with men who have fetishes she is willing to indulge in.  She has a solid following yet longs to make it into the top ten.  One day she posts a video and her feed immediately starts “blowing up”.  Even though she blurs out the faces of the men she meets she accidentally let one slip through and the guy’s face is clearly visible.  Finally achieving her goal she is unwilling to take down the video even though she knows she should.

A little while later she gets an offer to help write a screenplay and travels to the suburbs to meet the would-be writer.  Jess and Tom (Luke Cook; The Chilling Adventures of Sabrina) have an instant connection and, back at Tom’s house - a converted barn- they flirt endlessly while brainstorming ideas for the script.  However, when Jess finally gets to read what Tom has done so far, it all seems eerily familiar.

Barker not only stars in Follow Her but wrote the script as well.  She managed to create something original yet relatable, especially for millennials.  Sylvia Caminer, known for her documentary work including An Affair of the Heart, does a solid job laying the foundation for this thriller. The scene in Tom’s barn, where the lights flicker on and off was well-shot managing to add a new level of anxiety to the film.  Cook portrays Tom as an outwardly nice guy, lulling Jess into a sense of security, only to go psycho on her.  The two actors have terrific chemistry which helps set the tone from the start.

If you are looking for a gory slasher film with lots of blood, this isn’t it (though with some rewrites it very well could be).  Follow Her is a slow burn, a psychological exploration of both Jess and Tom and the dangers of the internet.  At first, what seems almost like a “game” to Jess becomes a hard-learned lesson in what can happen when you don’t see the harm in what you are doing, especially to others.

Much like Poe’s The Raven or The Tell-Tale Heart, Jess’ nightmare doesn’t end when she is finally freed from Tom and the barn in the country but rather begins what seems to be a drawn-out saga meant to slowly drive Jess insane.  Of course, that is what may be the scariest part of the whole film and the brilliant plot device utilized to entice the viewer to think about Jess’ fate long after the movie ends.  Perhaps the idea of what may come, instead of the actual act, is terrifying enough which can lead the victim down a path of depression and paranoia for the rest of their lives. 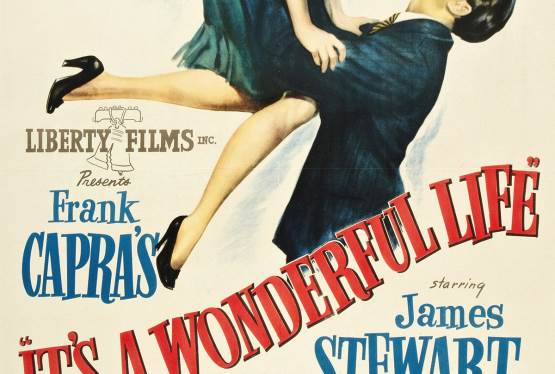