From acclaimed writer-director-producer Michael Mann, "Miami Vice" explores the intricate dynamic between criminals and cops who risk everything as they navigate an international marketplace where third-world drug trafficking intersects with billion-dollar conglomerates.

An intense film about globalized crime, "Miami Vice" blasts its way onto DVD in both R-rated and Unrated Director's Editions, as well as on an HD DVD combo disc on December 5, 2006 from Universal Studios Home Entertainment. The Unrated Director's Edition amps the intensity with a never-before-seen version of the film that features footage not shown in theaters, creating an exclusive motion-picture experience audiences won't want to miss.

The feature "Miami Vice" is the big screen contemporization of one of the most groundbreaking series in history, now unrestricted by the limits of television. Created by Anthony Yerkovich and executive produced by Mann, the revolutionary show pioneered a new way for televised dramas to be conceived and staged. With this year's "Miami Vice," Mann continues to make his indelible influence on cinema as he explores the intriguing characters he developed for television to reveal the dangerous and alluring world of working deep undercover. The DVD is priced at $29.98.

Pre-order your copy today for the sale price of $18.87 at Amazon.com

America's reviewers couldn't get enough of "Miami Vice's" spectacular action and dazzling energy. "A crime story that sizzles with action, sex and the visceral jolt of life on the edge," raves Peter Travers of Rolling Stone. "Explosive violence, terse talk, smart performances, disarming romance. Terrifically entertaining," enthuses Joe Morgenstern of the Wall Street Journal. The Village Voice's Scott Foundas proclaims, "(Nothing) will quite prepare you for the visceral impact of 'Vice.'"

A BARRAGE OF BONUS FEATURES

Blazing with excitement from the very first shot through the thrilling climax, the "Miami Vice" DVD includes exciting extras that provide an exclusive insider's look at the volatile and visually stunning world of "Miami Vice."

Both the Rated and Unrated Director's Editions contain the following bonus features:

Miami Vice Undercover -- Join actors Jamie Foxx and Colin Farrell as they prepare for their immersion in undercover life through a regimen of physical, mental and weapons training with a squad of experts. Foxx and Farrell learn from seasoned Federal agents and undercover operatives brought in to develop an authentic three-month training experience on-site in Miami.

Miami and Beyond: Shooting on Location -- Michael Mann and his location team aggressively sought out locations to create the film's exotic feel. Follow the cast and crew as they film in locations from Miami and Key West, Florida, to Paraguay, the Dominican Republic, Uruguay and Brazil -- including the mysterious Ciudad del Este, a real-life haven for drug traffickers, weapons dealers and international crime rings.

The Unrated Director's Edition takes fans even deeper into the production of this groundbreaking film with the following in-depth bonus features:

Behind-the-Scenes Featurettes -- This bonus feature provides a behind-the-scenes peek at the making of the film, including an exciting look at the actors' firearms training, the film's locations, and the filming of one of the Unrated film's most exciting sequences - the boat races.

"Miami Vice" begins as Sonny Crocket (Colin Farrell) and Ricardo Tubbs (Jamie Foxx) learn that a high-level leak has lead to the slaughter of two federal agents and the murder of an informant friends' family. The two detectives' investigation takes them straight to the doorstep of vicious killers from the Aryan Brotherhood and a sophisticated network of globalized traffickers protected by world-class security. During the hunt, the partners encounter the cartel's beautiful Chinese-Cuban financial officer Isabella (Gong Li, "Memoirs of a Geisha") -- a woman who moves, launders and invests money. The seductress provides Crockett a way of exorcising his own demons as he tries to keep her safe from darker forces ... while the new lovers learn just who's playing (and falling for) whom. Simultaneously, the stoic Tubbs infiltrates the elusive criminal enterprise while keeping a protective eye on his intel-analyst girlfriend, Trudy (Naomie Harris, "Pirates of the Caribbean: Dead Man's Chest"). As Crockett and Tubbs work undercover transporting drug loads into South Florida, they race to identify the group responsible for their friends' killings while jointly investigating the New Underworld Order. During their mission, lines will get crossed as the partners start forgetting not only which way is up, but on which side of the law they're supposed to be... 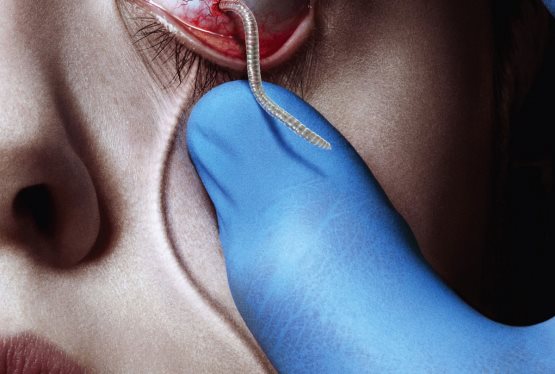