Batman: The Brave and the Bold - Season One, Part One DVD Review The character of Batman speaks to us all. He is the epitome of what a human being can achieve with enough ambition and fortitude. When he was first created he was a far cry from the character we see in movies and comics. For anyone who doesn't know, his story goes like this: one night out with his parents, 8-year old Bruce Wayne witnesses the tragic mugging and shooting of his parents. As he grows older he dedicates himself to fighting crime as Batman. Using his large family fortune he establishes a base of operations beneath his grand estate where he can train and use the skills he has learned to battle the "forces of evil".

As the character grew in the comic world many changes were made over the years. He got a sidekick named Robin. He met other superheroes who shared his passion for justice and at times teamed up with them. One of the books that came out featuring our Dark Knight was called The Brave & the Bold. It starred Batman and a rotating cast of "partners" each issue. Through this we were able to see different sides of Batman emerge as he interacted with each guest star. Those stars ranged from Green Lantern, Hawkman, Black Canary, Green Arrow, Aquaman, etc.

Recently the Cartoon Network developed an animated series based on this comic series. All the same rules applied. Batman is our star. Different guests each episode. Each episode a self contained plot told over thirty minutes. Voicing the caped crusader is Diedrich Bader who we recognize from such movies as Office Space and Napoleon Dynamite. The great thing about the show is it once again gives a new audience to connect with characters they might not normally seek out, like Blue Beetle, or Deadman. It also allows this "new audience" to familiarize themselves with Batman and perhaps wet their appetite enough to get them to start picking up issues of Batman from the local comic shop.

Unfortunately there are problems with the show. The animation is a bit campy, given what we have seen over the years. Even with traditional 2D animation there have been other shows that have done better work (see: Avatar The Last Airbender). It comes off too much like a show for 4 year olds. The dialogue doesn't have any strength behind it. Batman delivers one liners like that's his mission in life. Even the way his personality comes off is hard to take in. This is not the Batman all of us know from the Christopher Nolan films. Here he is lighthearted and easy going. Anyone who knows the history of the character will remember the time when we last saw him like this. It was in the sixties live-action show starring Adam West and Burt Ward. The way that show portrayed Batman actually forced the publishers to alter the way he was portrayed in the comic so new fans wouldn't get confused.

Now this show isn't going to have the same kind of affect, let's be fair here. It's certainly fun and if you don't want to think too much when watching a show then this is the show for you. But if you are a newcomer to Batman and decide to start reading the comic you are going to be in for a surprise. It's in the comics where we see the real Batman. A man who is so driven in his mission to rid his city of crime that he all but alienates everyone around him. And that's really the way he should be if you think about his origins for a moment. So if you want to check this out, feel free, but if you're hoping for something that you can really sink your teeth into, look elsewhere.

Purchase your copy of Batman: The Brave and the Bold form Amazon.com today!

When Chris was but a wee lad growing up in the slums of suburban New Jersey, he happened to rent a little movie called Tron. Then his head exploded. It was at the moment that he realized that he loved movies, and since then Chris has made it a habit of renting movies, going to the movies, discussing his favorite movies, and anything else in between when it comes to that genre. It has been Chris's passion and hobby for years now and will be for years to come. 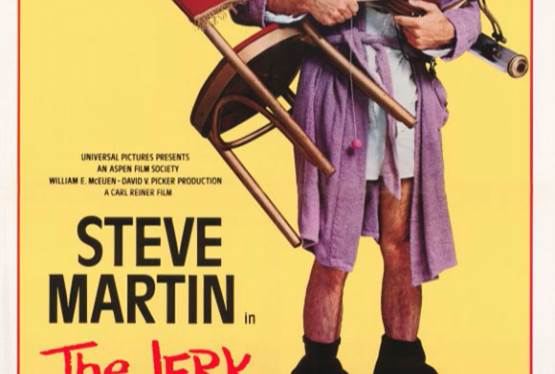