Alexander Skarsgård to Star in "The Vanguard" 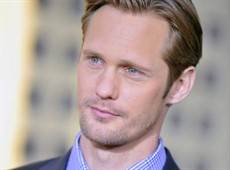 Alexander Skarsgård, who is currently front and center in this season of "True Blood", will be starring and producing a Viking film for Warner Bros.

"The Vanguard" will tell the story of two Viking warrior brothers who, after being banished to North America, take a journey back to Sweden. The script is going to be written by playwright Chris Boal.

This will be Skarsgård's producing debut. He will be starring in the upcoming films, "Battleship," Screen Gems' "Straw Dogs" remake and Lars von Trier's "Melancholia."