Justin Lin to Take Over Directing for The Bourne Legacy Sequel 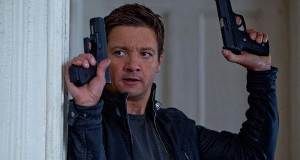 Justin Lin has been chosen to direct the upcoming sequel to Universal's "The Bourne Legacy".

Lin has directed "Fast & Furious" as of late, with much success, turning it into Universal's most valuable franchise.

Jeremy Renner is set to reprise his role as Aaron Cross. Frank Marshall and Captivate Entertainment's Ben Smith and Jeffrey Weiner will again produce the film, and Lin also will produce through his Perfect Storm banner.

Get The App!
Filed Under: justin lin, bourne, the bourne legacy (2012)