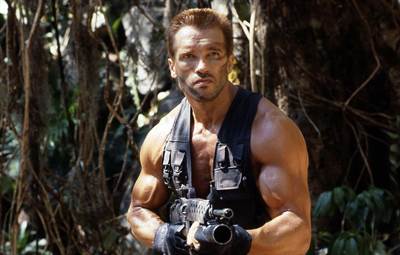 "Predator" scribes Jim and John Thomas have filed a lawsuit against Disney. The duo is looking to regain the rights for the 1987 film. In response to this, Disney's 20th Century has also filed a suit in order to keep the rights to the film.

The brothers are trying to regain the rights through copyright law's termination provision. This allows for the rights to possibly be transferred back to the authors. This would disallow Disney's plans of making a "Predator" reboot, as planned.

In their complaint it says, "Then, in early January 2021, Defendants' counsel unexpectedly contacted Plaintiffs' counsel, contesting the Termination Notice as supposedly untimely, based on a theory that the 1986 Grant of the Screenplay underlying their Predator films allegedly qualified for the special, delayed termination time 'window' in 17 U.S.C. § 203(a)(3), intended for 'book publication' grants."

Disney's 20th Century division's suit states, "While federal statutory copyright law endows certain grantors, like defendants [the Thomas brothers], with copyright termination rights, such rights may only be exercised in accordance with the statute's requirements, including provisions delineating when termination notices may be served and when the termination of rights becomes effective. Defendants' notices fail to comply with these statutory requirements and are invalid as a matter of law."

It went on to say, "20th Century seeks a declaration pursuant to 28 U.S.C. § 2201 that defendants' notices of termination are invalid. This action is necessary because defendants are improperly attempting to prematurely terminate 20th Century's rights to the Hunters Screenplay, at the very time that 20th Century is investing substantial time, money, and effort in developing another installment in its successful Predator franchise."