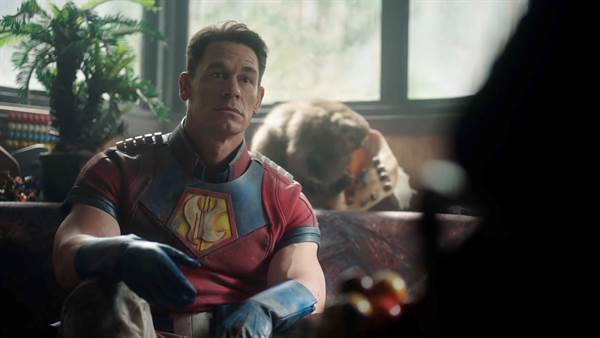 A teaser trailer for the Max Original series PEACEMAKER, has been released by HBO Max at DC FanDome.  The series was written and directed by James Gunn and produced by Peter Safran.  The DC series is scheduled to debut Thursday, January 13.

PEACEMAKER will investigate the origins of the character, portrayed by John Cena in James Gunn's 2021 film, "The Suicide Squad."  The character believes in peace at any cost, by any means necessary.

Gunn is the genius behind all eight episodes of PEACEMAKER, directing five, including the first one. Gunn, Safran, and Matt Miller are executive producers of the series, and Cena serves as co-executive producer.

Gunn's Troll Court Entertainment and The Safran Company, in association with Warner Bros. Television will produce the series.