One of The Best Teenage Drama Show on-air. DVD/Blu-ray/4K UHD
The 100, the new hit CW show based on Kass Morgan's bestselling young adult book of the same name, takes place ninety-seven years after nuclear Armageddon destroyed earth. The remaining survivors live on the Ark, an aging space station experiencing overpopulation and inadequate resources. Consisting of the space stations previously representing the nations of the UK, USA, Australia, Canada, China, Japan, India, Russia, Venezuela, France, Brazil, and Uganda, it is not equipped to handle the number of inhabitants.

To create a successful post-apocalyptic teen show, many things must fall into place. A story that is somewhat grounded in reality, believable sets, and a convincing cast that makes you root for them. The 100 succeeds on all these levels. The story does not stray far from our own view of the future 97 years from now; all the technology is based on science that is currently available today. The sets themselves are what you would expect from a 100 year old space stations as well the children's outpost. It truly looks like something the survivors could have put together.

The cast themselves are simply amazing and you can tell why they were up for an Emmy nomination. From the adult cast, with such veteran's stars as Isaiah Washington and Paige Turco, to the stand out roles of Eliza Taylor, Thomas McDonell, Bob Morley, Marie Avgeropoulos and Lindsey Morgan you can't distinguish them from their roles. These are truly characters they were meant to play.

To discuss the show too much would give away too many spoilers that await the eager viewer from watching the show. Every episode is filled with as much production value as a major motion picture, and more dangers and obstacles that you could think a child could handle. Viewers looking for a peaceful resolution at the end of the first 13 episodes might be very disappointed as the show just will not let up and allow you to catch your breath.

Warner Bros. truly upped their game on their Blu-ray releases this year, and The 100 is no exception. The 1080p HD transfer is truly first rate, the clarity is amazing and there is no artifacting. Add to the mix a DTS-HD 5.1 audio that has the sounds of the forest gently coming through your speaker and you have an amazing collection of episodes.

The only downfall of the 100 Season One Blu-ray collection is the special features. Aside from Warner Bros usual Ultraviolet copy, the following are included:If you are not a fan of the show after you watch season one you will quickly become one. Season two is right around the corner and comes out October 22, 2014 and if you can't wait that long the second book in the series, Day 21, by Kass Morgan, was released on September 16, 2014.

Purchase your copy of The 100 today at

Download The 100 from the iTunes Store in Digial HD.

For more information about The 100 visit the FlickDirect Movie Database. 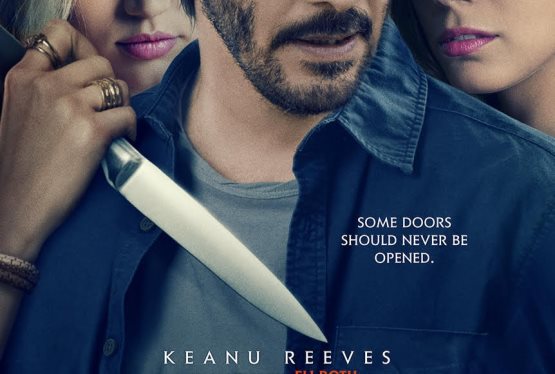