I give "The Leftovers: Season 1" three out of five sharpie markers! It was four but you know how fast those markers dry out! The storylines are deep, and while sometimes PAINSTAKINGLY slow at pace, you’ll be compelled to come back for more, and maybe take up wearing white. 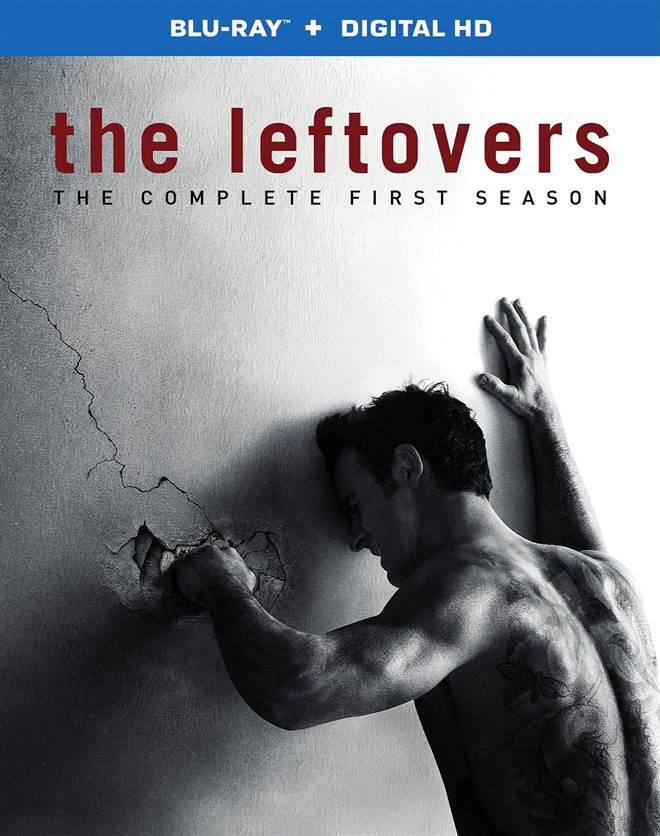 The Leftovers…Not Just For Dinner.

Last year, HBO debuted a new series from writer Damon Lindelof, who was one of the masterminds behind the hit series "Lost". I never watched "Lost" ( yes I know I'm one of the rare few that didn't), but I've been told that it was frustrating in later years of the seasons and the ending was even more, how should I say…..LOST.

Well, there is one thing I will tell you. I am a huge fan of most HBO series, so I gave "The Leftovers" a shot.

"The Leftovers" is a story that takes place 3 years after what they call the "Sudden Departure", a global event where 2 percent of the population (about 140 million people) just disappears in a blink. The story focuses around a small town in New York and its Chief of Police, Kevin Garvey (played by Justin Theroux from American Psycho and Charlie's Angels: Full Throttle). Kevin is raising 2 kids on his own since just after the "Sudden Departure", his wife Laurie (played by Amy Brenneman from Private Practice and Judging Amy) joins a cult that was formed as a result of the "Departure".

Now, really, when you get down to it, that's all that's different from life in general in this "Leftover" universe. But it's the depth of the stories behind each person that lost someone the day 2% disappeared from the planet that makes the story intriguing. The idea that you can be talking to someone, anyone…your wife, lover, child and a second later, POOF they are gone. Where did they go? Why them and not you? Will they be back or are they gone forever? How does one cope with that, and, more importantly, the question it makes you think is, how would you deal with it?

Now, some cope with the situation by surviving day by day with the absence of their loved ones, and then there's the ones that run away and join a cult. Seriously! A cult!  Since the "Sudden Departure", a cult has formed where once you join, you're required to wear all white (yes, even after Labor Day), take a vow of silence and chain smoke like chimneys. 10 episodes later, they still have yet to explain what the hell the chain smoking has to do with this, why the white clothing and, while they don't talk, they do communicate with paper and writing with black sharpie markers. I'm hoping they are getting kick back money from Sharpie!

One of the big problems within the community is the fact that while they are still trying to heal the wounds from their losses three years ago, this cult is a constant walking reminder of their loss. Which is why it seems as if many of the townspeople treat them like crap.

I found this series to be extremely frustrating to watch and as time went on it seemed as if I was compelled to keep watching just to see if any questions would be answered. Is this the second coming? Was it aliens? Maybe it was David Copperfield's greatest trick? Could "Sudden Departure" have been judgment day? The Rapture? Well, we do know that many of those that were taken were not morally sound, or innocent, so maybe that one was answered.

It seems as if we may be waiting for an answer, just like everyone else in the show. I'm curious how long this series may continue without answering what happened, though many series out there have a secret that binds it and once they finally release it, the series never fully recovers. Some like "The walking Dead" may leave TV without ever answering how Zombies came to be, just as I feel "The Leftovers" may leave us, without ever telling us why people disappeared and how.

Either way, as frustrating as it is….I still watch. And while part of it is pondering how I would fare if I was in the situation, it may be more of my fondness of Liv Tyler (Armageddon & Lord of the Rings) who still looks good in all white, that keeps me watching.

"The Leftovers: Season 1" is now available in Blu-ray and DVD in stores and also comes with a few special features that include: Remember: "A Season One Conversation with Damon Lindelof and Tom Perrotta, Secrets of the Guilty Remnant", "Beyond the Book: A Look Ahead at Season" and "Making the Leftovers", and well as a digital HD version of the series.

I give "The Leftovers: Season 1" three out of five sharpie markers! It was four but you know how fast those markers dry out! The storylines are deep, and while sometimes PAINSTAKINGLY slow at pace, you'll be compelled to come back for more, and maybe take up wearing white. Just stay away from the cigarettes!!

Purchase a DVD/Blu-ray/4K UHD physical copy of The Leftovers: The Complete First Season today at Amazon.com

Download The Leftovers: The Complete First Season in Digital HD/4K from the iTunes store.

For more information about The Leftovers visit the FlickDirect Movie Database. This release has been provided to FlickDirect for review purposes. For more reviews by Sean Ferguson please click here.

Read More Reviews For The Leftovers