For 69 days, the world watched as drills frantically tried to free 33 miners trapped in the refuge 200 stories below the surface.  Running out of food and water, it seemed hopeless. DVD/Blu-ray/4K UHD
Mining is hard work and dangerous.   In fact, on average, over 1000 miners die each year.  When a cave in occurs, any survivors eventually die under the rock because companies find it hopeless and expensive to even try to rescue them.  Luckily, in 2010, that wasn't the fate for 33 Chilean miners, as the world watched and hoped for them to come home alive. Warner Brothers has brought their story, and that of their families, to the forefront again in the 2015 feature film The 33, coming to Blu-ray and Digital HD this week.

For 69 days, the world watched as drills frantically tried to free 33 miners trapped in the refuge 200 stories below the surface.  Running out of food and water, it seemed hopeless.  The miners became desperate and turned against each other.  However, since this was a real life story, we all know it has a happy ending, which means, unfortunately, some of the suspense is lost.

Starring Antonio Banderas (The Expendables 3), Rodrigo Santoro (Focus) and Lou Diamond Philips (Young Guns), The 33 tries to make the events of mid to late 2010 exciting.  While the actors do an admirable job portraying all the emotions of what one must go through being trapped underground for over 2 months, the script and direction just don't evoke the sense of urgency necessary to make the film intense.  Perhaps because the audience knows the outcome, the movie was doomed from the start, but I think there could have been more drama than actually ended up onscreen.

The 1080p High Definition video does come in handy when viewing the contrast between life underground and the blazing sun of the Chilean Desert.  The depth of the black tones makes the "underworld" realistic while the sunlight highlights the vast emptiness of the sandy surroundings.  The DTS-HD Master Audio 5.1 does a great job of immersing the audience in the cave in and the sounds of an old mine finally giving up.

The Blu-ray, unfortunately, offers nothing in the way of extras.  With less than 10 minutes' worth of features, there is nothing to entice the viewing to want to purchase this title.  In fact, one of the features discusses the reenactment of the cave where the technicians and director discuss making the explosion look real.  Ironically, that was probably one of the least realistic moments in the entire film.  The other segments include the theatrical trailer and real news clips from 2010.

While I initially was interested in watching this film, I ended up being somewhat disappointed once the credits rolled.  I found it difficult to keep some of the miners straight, which led to confusion and boredom.  I never really got invested in many of their stories, or their family members', and since I already knew what happens, there was no incentive to keep watching.  The most interesting piece was watching the investment the Minister of mining (Rodrigo) made in trying to free the men.

If you want an uplifting, human interest story to inspire you to be a better version of yourself and to "live life to the fullest" since nothing is guaranteed, this isn't the movie to watch.

Purchase your copy of The 33 today at

Download The 33 from the iTunes Store in Digial HD.

For more information about The 33 visit the FlickDirect Movie Database. 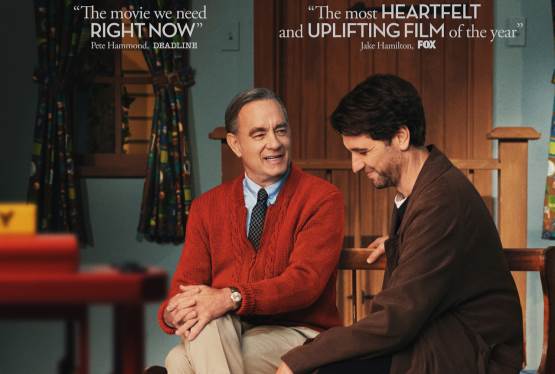