BrightBurn refreshingly to take this superbeing element and infuse it with the horror genre. 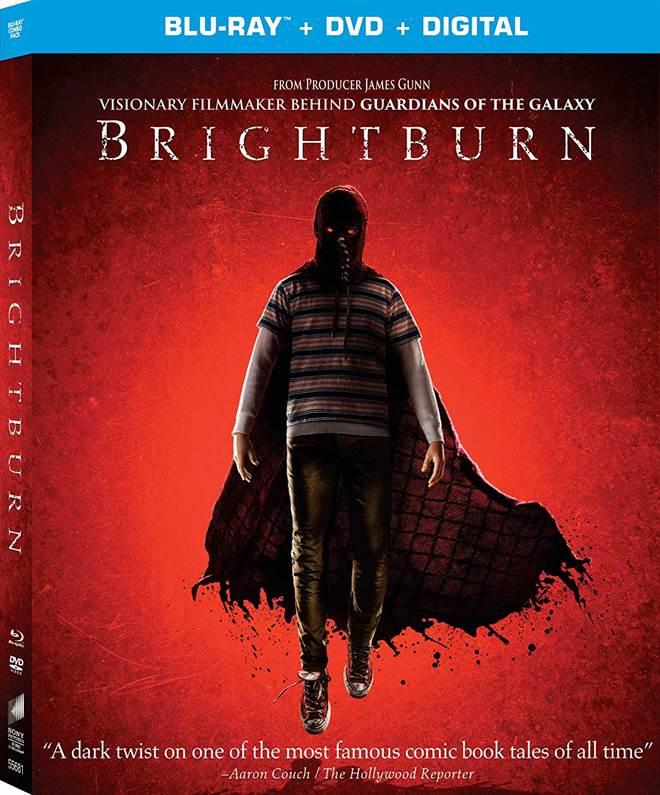 We all know the story of Superman - an alien baby from another planet crashes down to Earth and becomes a heroic icon to the world. Well, what happens when those extraordinary gifts are not used for the greater good? What if the child is inherently bad and will stop at nothing to use his powers to destroy all those around him? Brightburn tells this story, and it tells it well. Now, you can own the Blu-ray to re-live this highly entertaining film or to catch it for the first time in the comfort of your own home.

Tori and Kyle Breyer (Elizabeth Banks and David Denman) have dreamed of having a child. They have been unsuccessful and are hoping for a miracle. When a spaceship containing a baby crashes near their home, they see this as their opportunity to have the family they yearn for. They adopt the child and hide the spaceship in their barn. Things seem great for the family until the son, Brandon (Jackson A. Dunn; Legendary Dudas), hits puberty and becomes, well, different. After a number of disturbing incidents, Kyle knows that something is very wrong with Brandon. He decides to take matters into his own hands and destroy the very thing he has loved and wanted for so many years. Things backfire, however, and set off a series of violent and catastrophic events.

This film keeps you on the edge of your set the entire way through and the performances given by everyone in this cast is really impressive. Most notable, however, are Banks and Dunn. Banks really gives you the feeling of a mother in pain and torment over her child that she loves and Dunn gives so much depth to his performance that while he is genuinely a monster, you can't help but feel his own pain and betrayal. The rest of the cast provides the crucial supporting performances needed to bounce off the main characters and their drama, and are all done quite well.

Brightburn is presented in 1080p in it's original 2.39:1 aspect ratio. Being filmed on digital the image looks great on Blu-ray. Blacks are true, zero artifacting, and colors are true making for an amazing viewing experience. Complimenting the video is DTS-HD Audio 5.1 soundtrack. This soundtrack is evenly balanced with dialog and spacial sounds getting all their required love. One can only imagine what the Dolby Atmos soundtrack would be on the 4K UHD.

Special Features for this Blu-ray are as follows:

Unfortunately, it seems Sony opted for three fluff special features instead of going full out with a behind-the-scenes look at Brightburn. Hopefully, that will come on its next release.

Brightburn is a must-have in your collection. This film truly offered up something different in a film world full of "good-guy" superheroes. It was refreshing to take this superbeing element and infuse it with the horror genre. All around a great film and more than worth a watch.

For more information about BrightBurn visit the FlickDirect Movie Database. This release has been provided to FlickDirect for review purposes. For more reviews by Maureen Buccellato please click here.