Riverdale Season Two offers enough thrills and suspense to keep audiences entertained and wanting more...it will be interesting to see what the writers cook up for Season Three. 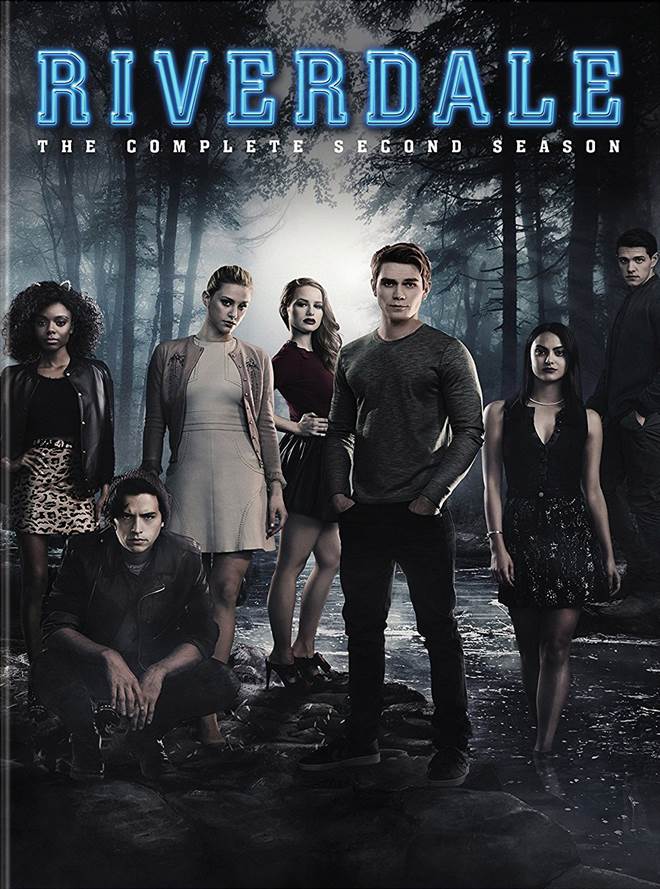 Purchase   DVD/Blu-ray/4K UHD
Riverdale Season One began with a murder and ended with a gunshot so it seems no surprise that Season Two was ripe with violence and one dead body piling up after another.  At twenty-two episodes long it offered everything a good nighttime soap opera should have - murders, mysteries, people getting beat up, corruption, wealthy individuals pulling the strings, etc. – all surrounded by the musings of some sleepy little town and its inhabitants.  With some of the latest "it" actors in young Hollywood the show filled a void left by the departure of a popular young adult vampire series on the CW and hit home with its target market of 18-24-year-olds.

As season two opens the town is living in fear of the Black hood who shot Archie's (KJ Apa; A Dog's Purpose) father, Fred (Luke Perry; Buffy The Vampire Slayer) in Pop's diner.  Meanwhile, Jughead's (Cole Sprouse: The Suite Life of Zach and Cody) Dad, FP (Skeet Ulrich; Scream) is in jail and Jughead himself becomes a Serpent.  Betty (Lili Reinhart; The Kings of Summer) receives unwanted attention from the black hood and is forced to push everyone she loves away while Veronica (Camila Mendes)takes on a larger role in Lodge industries.

Throughout the season new threats emerge and friendships and lives are threatened.  Archie swears an allegiance to Hiram (Mark Consuelos; All My Children) and Hermione (Marisol Nichols; GCB) Lodge solidifying his relationship with Veronica and Betty seemingly rids her self of one threat (Though we find out later she really didn't) to let another one into her life.  We find out that Lodge Industries has big plans for Riverdale that some in the town are adamantly opposed to and that shady deals have been made. By the end Veronica is financially cut off, Jughead is the new Serpent King and Archie - yes Archie! - is arrested and of course, Hiram Lodge is still scheming and plotting.

After a 13 episode season one, an expanded season two was an ambitious task to take on and unfortunately, it showed.  While some episodes were riveting and intriguing others were merely filler that didn't add much to the overall storyline of this quiet little town which seemingly tends to invite trouble and mayhem.  There is also entirely too many musical numbers peppered throughout the season culminating in an entire musical episode which is at best groan-worthy. While I enjoyed Season 1 for the most part, I felt season two dragged a little bit and could have benefited from a few less episodes.  Of course, since ratings had increased overtime I can concede that many (i.e. Millennials) wanted more of their favorites and the studio was all too happy to comply.

The cast is full of veterans and newcomers who bring the tension and drama to life making the show entertaining.  With the latest teen heartthrobs, Apa and Sprouse leading the charge there is no shortage of swoon-worthy moments throughout the season.  They along with Perry, Ulrich, Mendes, Reinhart and the rest of the supporting cast deliver their cheesy, drama-filled lines with intensity and conviction making the audience feel as if they truly are that devious and conniving and sugary sweet depending on the scene.

The package comes with four discs that includes all 22 episodes of Season Two plus deleted scenes and a few additional extras including Riverdale Vocal Warm-ups, Caught between two worlds: The Darkness inside, Making the Musical Riverdale, Riverdale Pop Quiz!, Riverdale: 2017 Comic-Con Panel, and a gag reel.

Riverdale Season Two offers enough thrills and suspense to keep audiences entertained and wanting more.  With things left in turmoil … Archie arrested, Hermoine Lodge as new Mayor, and Jughead as king of the Southside Serpents it will be interesting to see what the writers cook up for Season Three.

For more information about Riverdale visit the FlickDirect Movie Database. This release has been provided to FlickDirect for review purposes. For more reviews by Allison Rose please click here.

Allison Rose
Drama, Drama, and more Drama ensue.  There is blackmail, murder, perceived incest, implied incest, teenage angst and for good measure… “Dark Betty”.  The scripts play out like a soap opera because that is what they basically are and things that you never see coming hit you like a ton of bricks.
Full Review | Grade: B 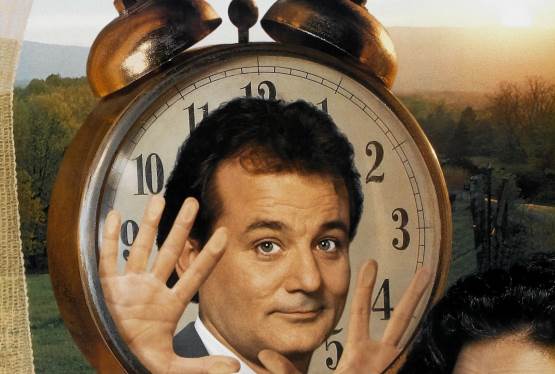