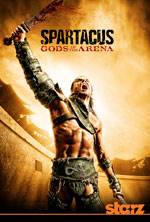 There are a few things you need to know about Gods of the Arena.  I would say that the "lineage" of the first is pretty clearly HBO's Rome and Zack Snyder's 300.  You could also count Scott's Gladiator.  I am not just saying this because it is set in the same era; I am saying it because it has the cable-channel sex and the stylized, highly-kinetic violence to let us draw a direct comparison.  It is hard to say if it will hit the same high notes with character development and political intrigue that Rome did.  However, I will say this -- Rome is one of my all-time favorite TV shows, so even including it in the same category, is an achievement; but it definitely delivers on the experience.

In the first episode of Gods, you meet Gannicus as a slave who will become a champion.  Dustin Clare trained intensely up to seven hours a day to get a "300"-style physique (a nearly perfect-chiseled form) to be able to perform the stunts and fighting moves exhibited in the arena.  The result, combined with what is apparently a world-class group of fight choreographers and stunt coordinators, are battle scenes that are in the top category for anything I have seen in a movie or certainly any TV show.  While I question some of the "historical accuracy" of the free-running style maneuvers and the need for some of the in-your-face gore, the result is gripping.  The shows makers have two historians on staff, but admit the show is just that -- first and foremost a show -- the actors in the chat note that the arena we see was a bit too big for its era -- that it was really an Imperial era arena.  This freedom with history doesn't bother me; the show captures what was probably the most dangerous form of entertainment ever developed.

The rest of the cast is strong.  When they cast Lucy Lawless, a strong Roman woman (Lucretia), you know they paid attention to what they had to do.  The camera work and general craft of the sets is impeccable.  When we see narrow Roman streets teaming with naked slave girls, craftsmen, and beggars, we don't immediately think "that's a set" -- it looks accurate, and, probably, difficult to film in.

The show is shocking, kinetic, reasonably educational, and entertaining.  I happen to really like the time period; and I think Gods of the Arena has done an excellent job of bringing it home.  It is definitely worth watching.

Purchase a DVD/Blu-ray/4K UHD physical copy of Spartacus: Gods of the Arena today at Amazon.com

Download Spartacus: Gods of the Arena in Digital HD/4K from the iTunes store.

For more information about Spartacus: Gods of the Arena visit the FlickDirect Movie Database. For more reviews by Marco Chacon please click here.

Spartacus: Gods of the Arena images are © Starz Media. All Rights Reserved. 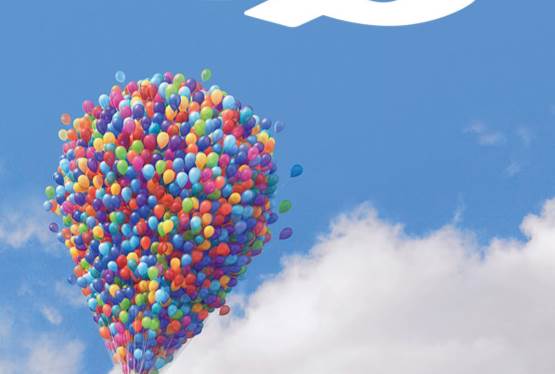