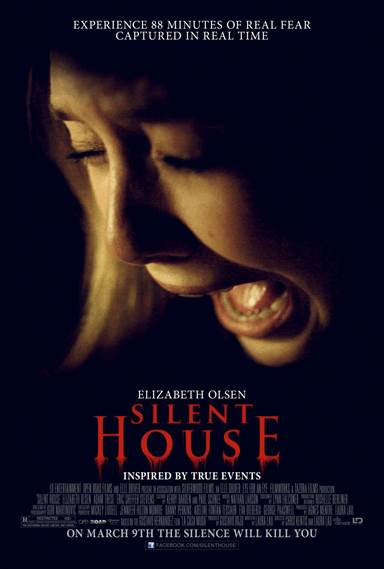 Purchase   DVD/Blu-ray/4K UHD
What starts out as a horror flick turns into a terror mindbender in the movie Silent House.  Not a very good script and a bit too sophisticated for most fans of the genres, there's little doubt that it will not last at the box office.

Set in a northern rural lake area, Sarah (Elizabeth Olsen) has returned to her childhood retreat for one last time to gather her personal belongings due to the pending sale of the property.  When they arrive John (Adam Trese), her father realizes that the electricity has not been turned on, but still wants to pursue closing the house.  Accompanying them is John's brother Peter (Eric Sheffer Stevens) to help lend a hand.

From the opening shot we see that Sarah has not been well and seems to have harsh feelings about the whole ordeal of moving.  Inside the house it's very dark and all the windows have been boarded so battery operated lamps and flashlights are being used to complete their tasks. Needing supplies John sends Peter to town to get them while he orders Sarah to her room to box up her stuff.

Sarah hears a rap at the front door and when her father doesn't respond she opens it to find Sophia (Julia Taylor Ross) whom Sarah does not recognize, but accepts the fact that they were friends as children.  When she reenters the house and locks the door behind her however, unexplainable strange things start to happen.

The ‘noises in the dark' factor gets very high in this film with spookiness around every corner.  Directors Chris Kentis and Laura Lau do their best to drag out the thinly plotted film with a dark and gloomy tour of the several bedrooms while Sarah looks for her father and tries to avoid intruders who may be on the property. It's their loss, however that the lack of character build-up doesn't allow much empathy for Sarah when she faces the horror making her anguish little concern.

Keeping their camera lenses wide open to gather necessary light from the lamps, we can barely see Sarah and where she's moving, but it's a good technique used to ramp up the eerie feeling necessary to provide the scary factor.  But, unfortunately it gets excessively repetitious, delays the inevitable and creates a different film that the outcome intends.

Although her acting ability is head and shoulders above her famous twin sisters, Elizabeth Olsen does her level best to make her character work as she stumbles around the dark lake house acting out the mystery of her captivity. But the payoff to this thriller can be seen coming early on and no matter how absorbing her performance she can do nothing to save the film. Much like Woman In Black's script failed with the likes of Daniel Radcliff, it's the storyline here that puts Olsen in a position to fail as well.

The movie has been rated R by the MPAA for disturbing violent content and terror.  It also shows scenes of suggested sexual content.

FINAL ANALYSIS: Not the best horror flick, but if you understand early on where it is going you actually may enjoy it more. (D)

Download Silent House in Digital HD/4K from the iTunes store. 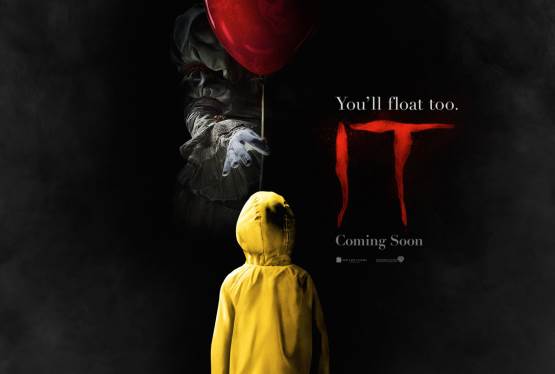 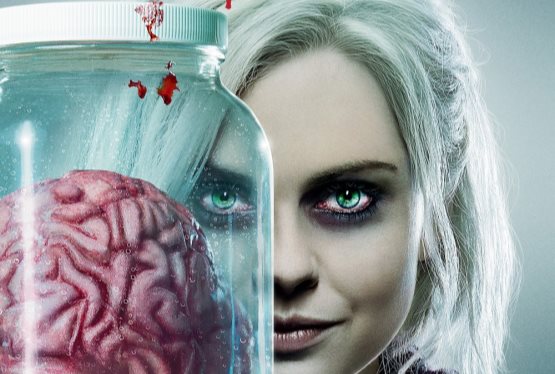