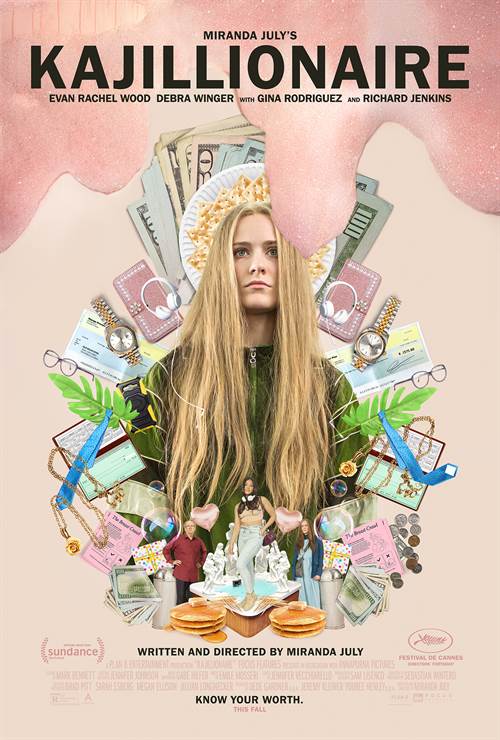 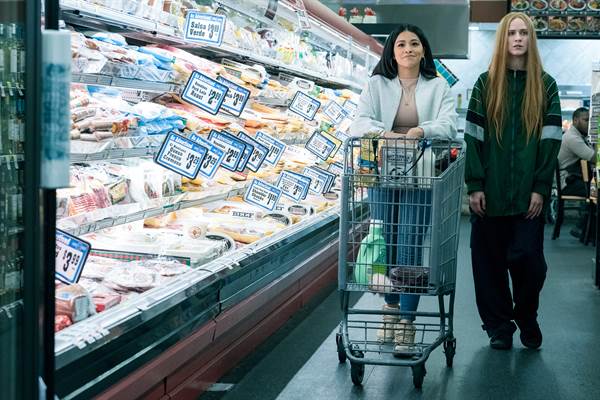 From acclaimed writer/director Miranda July comes a profoundly moving and wildly original comedy. Con-artists Theresa (Debra Winger) and Robert (Richard Jenkins) have spent 26 years training their only daughter, Old Dolio (Evan Rachel Wood), to swindle, scam, and steal at every opportunity. During a desperate, hastily conceived heist, they charm a stranger (Gina Rodriguez) into joining their next scam, only to have their entire world turned upside down.

Download Kajillionaire in Digital HD/4K from the iTunes store.

Listen to the Kajillionaire soundtrack on Apple Music. 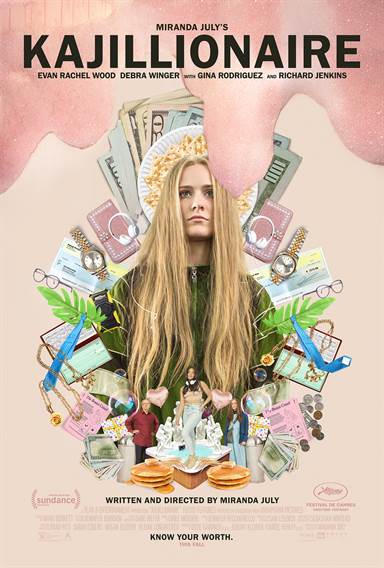 Miranda July (Me and You and Everyone We Know) is a performance artist, writer, and director who has seen moderate success with independent films over the past fifteen years.  She has a quirky sensibility that comes through in her writing and directing style, which gives her a unique perspective when storytelling.  Her latest release, Kajillionaire, premiered at the Sundance Film Festival in January of this year and garnered excellent reviews.  Unfortunately, we all know what happened next which all but crippled the film industry so instead of the theatrical release planned for the end of this month, Focus Features is releasing it on demand.

Old Dolio (Evan Rachel Wood; Westworld) is a 26-year-old, somewhat socially awkward woman who, thanks to her parents, Theresa (Debra Winger; An Officer and a Gentleman) and Robert (Richard Jenkins; The Shape of Water), has lived a life learning to steal and scam.  They currently reside in an old office space next to a bubble wash (where soap suds continually leak through the walls) and, of course, they owe back rent.  Their most recent scam has been to steal packages from the P.O. Boxes at the post office, which works until the postmaster changes the locks and installs a camera.

When Old Dolio wins a trip to New York, the three plot to steal luggage from baggage claim.  However, on their return flight to California, Robert and Theresa pretend not to know Old Dolio and sit next to a lovely young woman named Melanie (Gina Rodriguez; Jane the Virgin).  Once in Los Angeles, the trio discovers Melanie isn't who she said she was and they decide to include her in their latest scam. This new quartet changes the family dynamic and this story ends with unforeseen consequences for both Melanie and Old Dolio.

As Kajillionaire begins it shows signs of promise but in the end falls flat and doesn't deliver a satisfying conclusion.  There is a build-up the keeps the audience involved almost to the end but then we really don't get much payoff for our patience which is somewhat of a letdown.  If there is a message to be learned from July's story, I'm not sure what it is.  The subtle nuances get lost and will most probably go over a lot of people's heads.  Add to this shortcoming, a lackluster script and nothing original or unique in July's directing and you come out with an ok film that will likely be forgotten in a year.

Unfortunately, the directing and writing make it difficult for this talented cast to shine.  Wood and Winger were pretty much physically unrecognizable and Jenkins didn't have juicy bits to bite into and make his own.  Rodriguez blends well with the trio but again there isn't much for her to chew on in terms of dialogue.  The relationship at the end of the film seems somewhat forced rather than organic, despite the actors' best attempts and Winger and Jenkins portray truly pathetic characters who you want to despise or feel bad for but yet you just can't muster up the emotion to do so.

Quirky is the best adjective to describe the film and Wood's performance as she is the best of the group, which is a shame because Winger is capable of so much more.  I wanted to like Kajillionaire and there were moments of hope that were quickly dashed, never to recover.  I wonder if the film would have played differently on a big screen because right now I'm unsure what Sundance critics saw other than, perhaps, an Avant Gard piece of art.