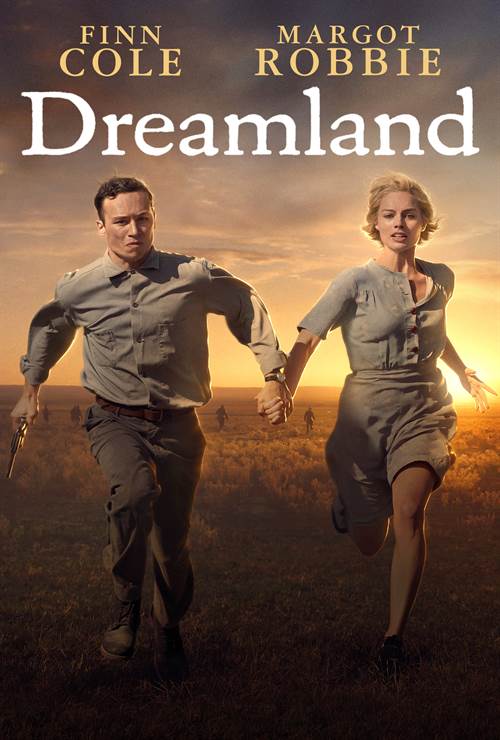 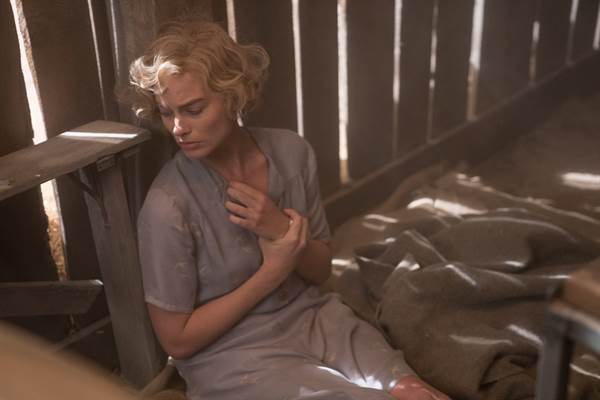 Academy Award nominee Margot Robbie (Once Upon a Time in Hollywood) “is fantastic” (Indiewire) in this “dazzling” (Hollywood Reporter) love story set amidst America’s struggle during the Great Depression. Eugene Evans (Finn Cole, “Peaky Blinders”) dreams of escaping his small Texas town when he discovers a wounded, fugitive bank robber Allison Wells (Robbie) hiding closer than he could ever imagine. Torn between claiming the bounty for her capture and his growing attraction to the seductive criminal, nothing is as it seems, and Eugene must make a decision that will forever affect the lives of everyone he’s ever loved. Also starring Travis Fimmel (Warcraft), Kerry Condon (Avengers: Infinity War), Darby Camp (Big Little Lies) and Lola Kirke (American Made).

Stream Dreamland in Digital HD/4K from the AppleTV store.

Listen to the Dreamland soundtrack on Apple Music. 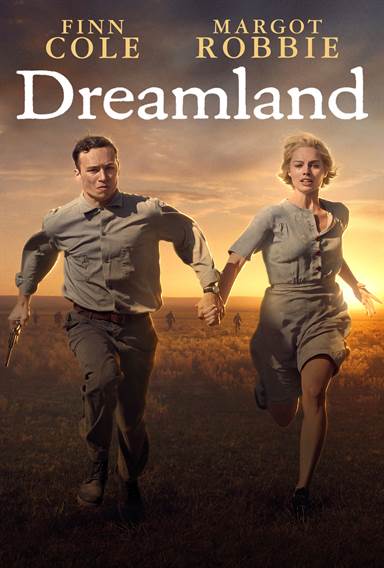 Bonnie and Clyde were probably two of the most notorious criminals of the great depression error who died together in 1934.  However, have you ever wondered what would happen to Bonnie without Clyde?  What if she was only slightly wounded, hiding, a fugitive from the law?

What if you were a young man living in poverty with your family in the dust bowl of America? What if you stumbled across this supposed wounded Bonnie?  What would you do?  Would you help her or turn her in for reward money?  This is the moral dilemma facing Eugene Evans (Finn Cole; Animal Kingdom) in Miles Joris-Peyrafitte's (As You Are) Dreamland.

Allison Wells (Margot Robbie; Suicide Squad) and her partner were notorious bank robbers during the 1930s.  They were known in several states and supposedly had killed people.  However, it all went wrong one day and as they were leaving a bank along with the hostages, a shootout occurred leaving one young girl dead.  As police chased the duo through the Texas desert, Allison while her partner fired at authorities.  In the middle of nowhere, Allison stops as she realizes her partner was dying from his wounds.  She also was well aware she was wounded as she fled on foot.

Eugene was a fairly innocent young man (aside from the petty theft he and his friend would commit on occasion) whose half-sister, Phoebe (Darby Camp; Big Little Lies), adored him.  On the other hand, his stepfather, George (Travis Fimmel; Vikings), was very hard on him, making Eugene dream of leaving and heading to Mexico to find his real father.  When Eugene finds Allison hiding in the family barn his first thought is to turn her in for the $10,000 reward but she convinces him otherwise with the promise of $20,000 when he gets her to Mexico.  Taken with her beauty, Eugene helps Allison avoid capture and leaves with her on their mutual quest for freedom.

The New Mexico landscape offers the magnificent, yet isolating terrain needed to mimic the Dustbowl back in the 1930s.  The miles of nothingness add to the feelings of desperation that both Allison and Eugene encounter.  Director Joris-Peyrafitte so beautifully incorporates the landscape into the story that it could easily be a character unto itself.  As the viewer, you instinctively want to cover your mouth when the sandstorm comes raging through leaving everything dark and dreary.

Robbie is making a career of portraying the bad girl whose looks and charm make her seductive to even the most hardened of hearts.  Interestingly, though the basic premises of her characters are the same, they all have a distinctive feel…Harley Quinn, Tonya Harding, Naomi Lapaglia, and now Allison Wells.  Cole brings a certain naivete to Eugene which makes it easy to see how he could easily be taken in by Allison.  Also, solidifying herself as the face of young Hollywood is Camp, who shines as Phoebe.  She is one of the only reason's Eugene almost considers staying in his less than desirable situation.

Dreamland has all the elements of an interesting story but, sadly, doesn't fully develop any of the plot points that are introduced in the 98-minute movie.  Robbie's Allison obviously has a backstory, but it is never delved into because the focus is really meant to be on Eugene.  I suspect writer Nicolaas Zwart (Riverdale) could have been rather creative with Allison's past, but we will never know for sure.

While Dreamland has some wonderful performances, it needed a better script to keep the audience engaged.  What could have probably been an Oscar-worthy film ends up being merely okay and not very memorable. 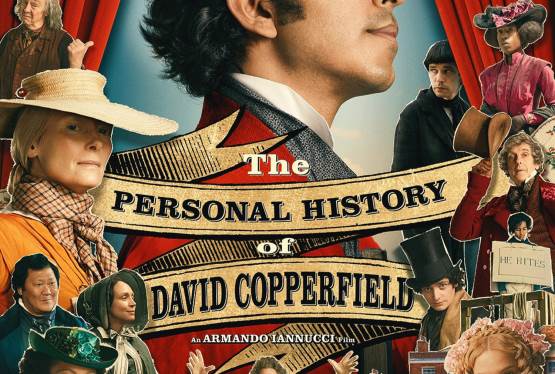