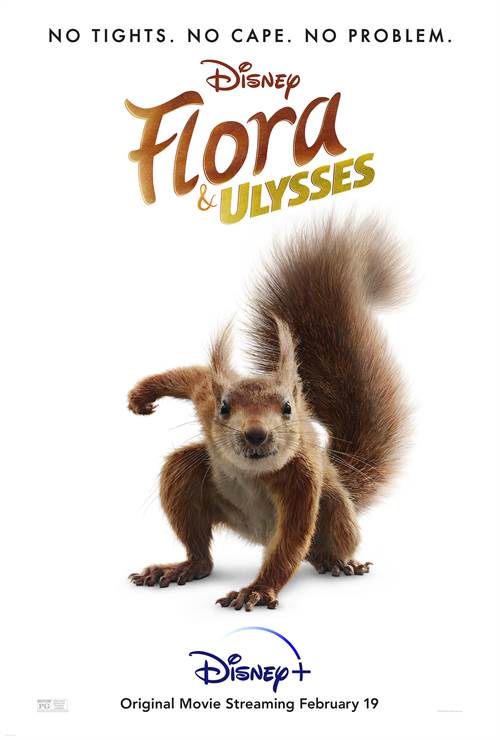 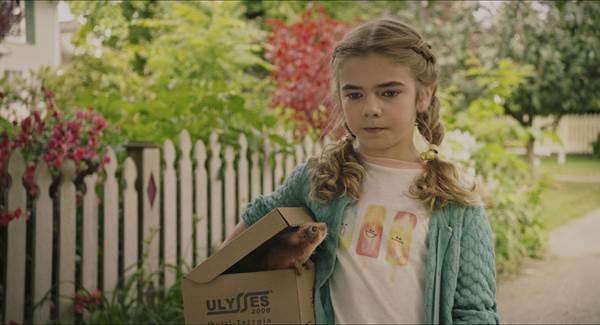 Disney's “Flora & Ulysses” is a delightful comedy-adventure based on the Newbery Award-winning book about 10-year old Flora, an avid comic book fan and a self-avowed cynic, whose parents have recently separated. After rescuing a squirrel she names Ulysses, Flora is amazed to discover he possesses unique superhero powers which take them on an adventure of humorous complications that ultimately change Flora's life--and her outlook--forever. 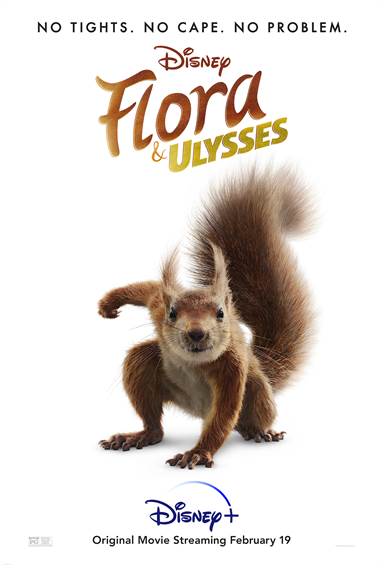 There is a saying in Hollywood – "Never work with children or animals".  However, if you are cast in a Disney production, chances are you will probably work with one or the other or if you are really lucky, both.  For Alyson Hannigan (Buffy The Vampire Slayer) and Ben Schwartz (Sonic The Hedgehog), the latter version became true when they decided to sign on to play the parents in the new live-action Disney film, Flora & Ulysses.  Based on the children's book of the same name, Flora and Ulysses tells the tale of a remarkable squirrel (Ulysses) and the ten-year-old girl (Flora) who helps him.

Flora (Matilda Lawler; The Block Island Sound) is an intelligent, comic book reading, self-proclaimed cynic who lives with her mother, Phyllis (Hannigan), a romance novel writer currently suffering from writer's block.  Flora's father, George (Schwartz), is a failed artist and comic book writer, who is separated from Phyllis. When Flora hears a cry for help outside, she runs to find her neighbor frantically chasing a vacuum cleaner.  Joining in, the two watch as the cleaner sucks up a little squirrel.  Rescuing him from the canister of the machine, Flora sneaks the squirrel inside the house and names him Ulysses.

Ulysses, staying out of sight to avoid Phyllis, vigorously nods his head when Flora speaks to him making the girl realize Ulysses is not only intelligent but also has the makings of a superhero.  When Flora goes to her dad for help, he aids Flora in concealing Ulysses from the Animal Shelter worker, Miller (Danny Pudi; Community), who has been tasked with capturing the squirrel.

Eventually, Flora, George, and Phyllis realize that Ulysses isn't a normal squirrel but a poem-writing, superhero squirrel who must be rescued from the animal shelter before he is put to sleep so his brain can be tested for rabies.  As they race against time and Miller to save the squirrel, Flora learns to understand her mother better and Phyllis and George rekindle their marriage.

Lawler is a star and a solid actress despite her young age.  She lights up the screen and invites the audience into her world.  Hannigan and Schwartz manage to not have their scenes severely stolen by Lawler and the squirrel and are believable as Flora's parents.  Vocal talent, John Kassir (Tales from the Crypt – voice) is excellent as he creates all of Ulysses' "voices". Anna Deveare Smith (The American President) and Benjamin Evan Ainsworth (The Haunting of Bly Manor) round out this cast and add some sweet and funny moments to the film.

While some of the CGI is very well done, the work that went into creating Mr. "Claws" the cat wasn't enough.  The animal looks fake and almost like a caricature of a mean cat.  He reminded me of the computer-created look of Garfield when that movie was made in 2004.  It is funny - but not in a good way – and unfortunately becomes a little distracting.

I wasn't sure what to expect when I read the synopsis for Flora and Ulysses but I must admit the movie offered so much more than I could have imagined.  It was cute (both Flora and Ulysses are adorable), funny with some laugh-out-loud moments, heartwarming, and well-acted.   For a Disney film, you can't really ask for more than that, and this time, Disney delivers!  This is a family-friendly film that everyone will enjoy and definitely worthy of your time.  It will become a new classic that your children will love.

BE FOREWARNED parents – once your children watch Flora and Ulysses, they will be begging you for a poetry writing, superhero squirrel!