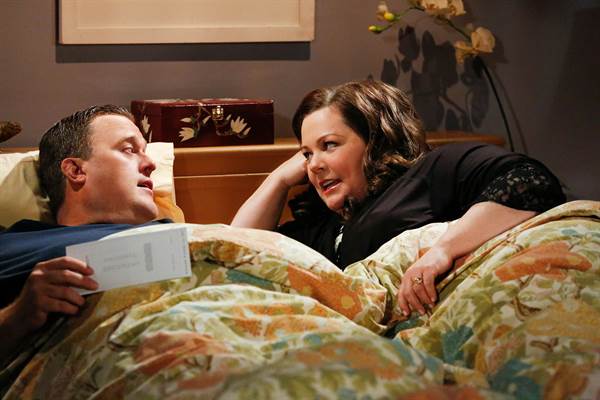 Officer Mike Biggs (Billy Gardell) is a good-hearted cop who sincerely wants to lose weight. Mike's partner, Officer Carl McMillan, is a thin, fast-talking wise-guy who, despite his teasing, encourages Mike on his road to slimness and romance. While speaking at an O.A. meeting, Mike meets Molly Flynn (Melissa McCarthy), an instantly likeable fourth-grade teacher with a good sense of humor about her curves. For Molly, focusing on smart choices isn't easy while living with her sexy older sister, Victoria, and their mother, Joyce (Swoosie Kurtz), both of whom flaunt their effortless figures while indulging their healthy appetites right in front of her. Mike also faces temptation at the diner he and Carl frequent, where they've become friends with a Senegalese waiter, Samuel, to whom dieting is a foreign concept. Mike and Molly found each other in the most unexpected of places. Now, they're about to find out where their quest for companionship will take them.

Download Mike & Molly in Digital HD/4K from the iTunes store. 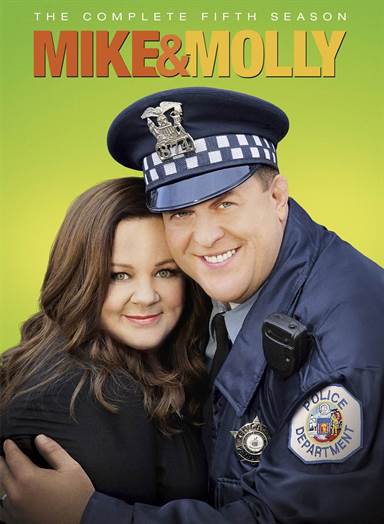 Mike and Molly will be starting their sixth season this fall on CBS, so you better brush up on what happened before it comes back to television.  The season five DVD heads to stores Tuesday, August 18, 2015 in order to help you do that.  Starring Melissa McCarthy (Bridesmaids, Spy) as Molly Flynn and Billy Gardell (My Name is Earl) as Mike Biggs, it details the relationship between two thirtysomethings who meet in overeaters anonymous.

Mike is a Chicago Police officer and Molly is an aspiring writer (who finally fulfills her dream in Season five).  They meet over their mutual love of food, and it evolves into a relationship and eventually marriage.  They live in Molly's family house along with her Mother, stepdad and sister.

Each episode is a free standing thirty minutes, with a few connecting threads throughout the season, but you can easily just pick one to watch and not feel as though you aren't missing much.

In its first few seasons, the show had some very solid ratings but over time, as so often happens, the ratings have dropped and so has the writing.    Sadly, I didn't find many reasons to laugh throughout the 22 episodes.  I'd say each one had maybe 3 decent moments and, while some were very funny, most were just mildly humorous.

The cast has some chemistry, probably the result of having worked together for five seasons now.  Molly's stepfather, Vince, played by Louis Mustillo (One For The Money), has some great scenes, including one where Molly throws his hemorrhoid pillow at him from several angles to "hit the target", all in an attempt to avoid writing her second novel.  Cast member Reno Wilson (Transformers: Age Of Extinction) plays Mike's partner and he ends up with many of the more memorable moments in the season.  Swoozie Kurtz(Pushing Dasies) is an actress I have generally enjoyed in the past but she comes across stale as her portrayal of Molly's Mom.

I think my favorite episode was "Tis The Season To Be Molly", or better described as the Christmas Nazi, for the way Molly is so rigid and regimented about her holiday traditions.  Vince's contribution to Molly's Christmas tree ornaments makes the episode even more "unique".  Of course, it ends with the old age message of giving to those in need during the holidays and being a good person.

And that is the component that I suspect keeps audiences coming back –  heart.  Under all the humor (or lack there of), the show has some heart and a good "soul" which makes for a feel good half hour each week.  Unfortunately, it isn't enough.  I wouldn't be surprised if the show only has one or two seasons left.

The DVD offers nothing in the way of extras other than the gag reel, and as funny outtakes go, it isn't one of the better one's I've seen.

My suggestion is unless you are a huge Melissa McCarthy fan skip this DVD set.  Grade: C-