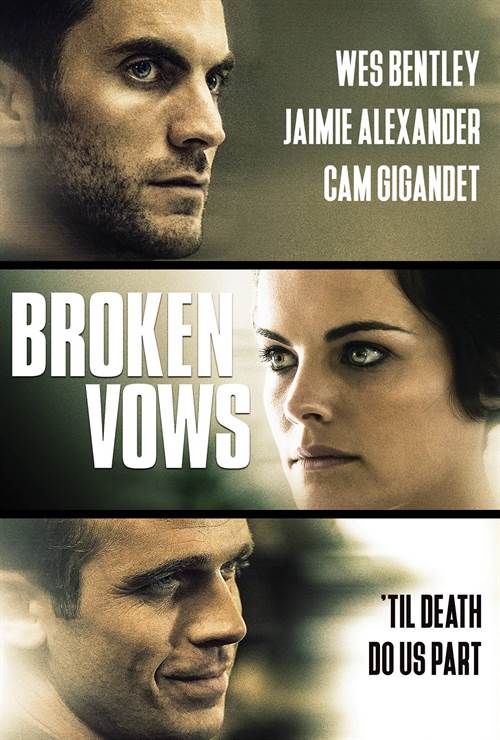 In this chilling sexy thriller, Tara (Jaimie Alexander, TV's Blind Spot) finds her life unraveling after hooking up with bartender Patrick (Wes Bentley, The Hunger Games) on her bachelorette party in New Orleans. Patrick becomes obsessed with Tara, not knowing she's about to marry Michael (Cam Gigandet, Twilight), and tracks her down in her quiet California home. As Patrick's obsession turns violent, Tara stands to not only lose her marriage and her loved ones - but her life.

Stream Broken Vows in Digital HD/4K from the AppleTV store. 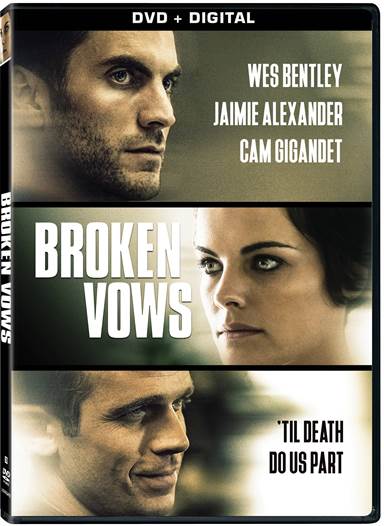 There are many good reasons not to cheat on your significant other.  If they find out, it could destroy your relationship, your family, and let's not forget about STDs.  However, on rare occasions, it could be even more dangerous than that.  It could lead to obsession and murder.

In 1987, the world got its first taste of the craziness of what having an affair can do when Glenn Close made Michael Douglas's life a living hell after he had a one-night stand with her in Fatal Attraction.  She stalked him, harassed his family, and, ultimately, tried to kill him after boiling the family pet (poor rabbit).

Almost 30 years later, another cautionary tale has made its way to DVD and Digital called Broken Vows.  This time around, it's a female bride, Tara (Jaimie Alexander; Blindspot), who had a steamy one-night stand with a hot male bartender named Patrick (Wes Bently; American Horror Story: Hotel) while on her bachelorette party weekend in New Orleans.  Unfortunately for Tara, she picked the wrong guy, as Patrick turns out to be a psychopath.

That is where the fun begins.  Patrick shows up at Tara's house (he has her phone when she accidentally left it in a rush to leave his place the morning after) professing his love.  In an effort to appease Patrick and get him out of her house before her fiancé, Michael (Cam Gigandet; Burlesque), shows up, Tara agrees to meet him the next day at a café; however, when she doesn't show up, Patrick unravels all her wedding plans and eventually, even far worse than that, more than one person turns up dead.

While Fatal Attraction had A-list stars, a strong plot, and an excellent director in Adrian Lyne (Indecent Proposal), Broken Vows misses the mark on most of it.  Alexander is the strongest of the leads and I may be a bit biased because I really like her work in general, but I thought she did a good job in this film.  Bently has a face for psychotic killing, so he was fairly well cast, but the two of them have no chemistry at all.  The seduction scenes, first in the bar he works at and then later at his apartment, are painful to watch.  Gigandet adds nothing to the threesome either.

First-time feature film director Brams Coppens tries to be "artistic" (i.e., when he films the characters riding the elevator up sideways) but it simply doesn't work.  His fast cuts are choppy and distracting and don't add any suspense to the movie.  There are some moments towards the end of the film that was suspenseful enough in order to keep my attention but they don't come until over an hour in.

The DVD quality is what you would expect and the shots of New Orleans made me long for a road trip to visit the crescent city once again.  The audio mix was pretty good too, since I didn't have to constantly turn the volume up and down every time there was dialog, as opposed to music on screen.

As psychological thrillers go, Broken Vows was great but had a few bright spots in an otherwise lackluster movie. However, if you plan to rework an already used and previously successful plot idea, you better make it great.  Unfortunately, Broken Vows isn't great.