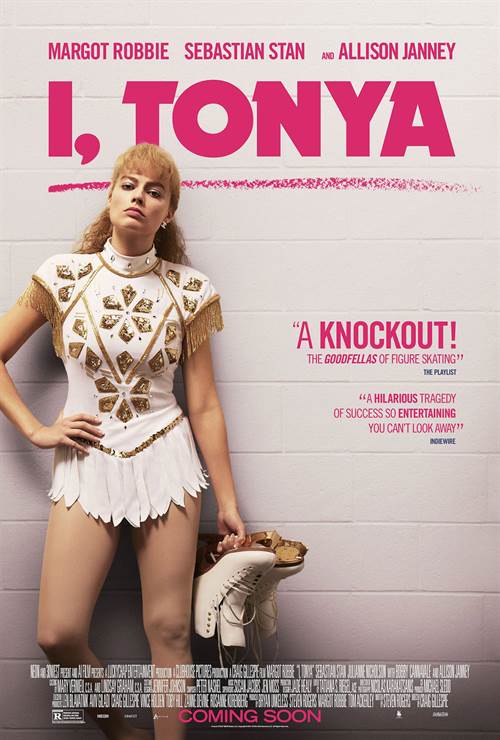 Based on the unbelievable but true events, I, TONYA is a darkly comedic tale of American figure skater, Tonya Harding, and one of the most sensational scandals in sports history. Though Harding was the first American woman to complete a triple axel in competition, her legacy was forever defined by her association with an infamous, ill-conceived, and even more poorly executed attack on fellow Olympic competitor Nancy Kerrigan. Featuring an iconic turn by Margot Robbie as the fiery Harding, a mustachioed Sebastian Stan as her impetuous ex-husband Jeff Gillooly, a tour-de-force performance from Allison Janney as her acid-tongued mother, LaVona Golden, and an original screenplay by Steven Rogers, Craig Gillespie’s I, TONYA is an absurd, irreverent, and piercing portrayal of Harding’s life and career in all of its unchecked––and checkered––glory.

Stream I, Tonya in Digital HD/4K from the AppleTV store.

I, Tonya images are © Neon. All Rights Reserved. 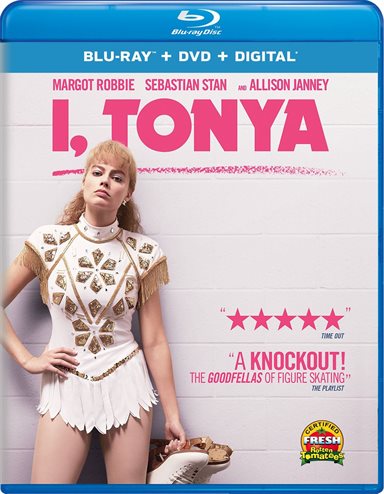 In 1994, the world watched as one of the biggest sports scandals unfolded before our eyes.  The drama took center stage on an international level that culminated at the Winter Olympics in Lillehammer, Norway.  The story, of course, was the physical attack on figure skater Nancy Kerrigan and the accusations that her competitor Tonya Harding (Margo Robbie: Suicide Squad), along with her ex-husband Jeff Gillooly (Sebastian Stan; Captain America: The Winter Soldier) and bodyguard Shawn Eckhardt (Paul Walter Hauser: Kingdom), orchestrated the whole thing.  The Oscar-nominated Film I, Tonya reviews the events leading up to and including the attack from the viewpoints of the key players.

Tonya Harding grew up poor in Portland, Oregon to an abusive mother, LaVona (Allison Janney; The West Wing), who worked full time as a waitress to pay for Tonya's skating lessons – a fact she never let her daughter forget.  From the age of three, it was clear Tonya had the talent and drive to become a champion figure skater.  Unfortunately, she didn't have the polish or financial means to support her dream and was often judged unfairly by the US Figure Skating Association.

By 1991, she became a top contender and was the first woman to successfully land a triple axel in competition. But even with all that, she still wasn't "America's Darling" like fellow skater Nancy Kerrigan was.  Besides a rough childhood, Tonya also had a supposedly volatile first marriage to Gillooly.  After failing to medal in the 1992 Olympics (she came in fourth) in Albertville, France, Tonya decided to give up competitive figure skating but was back the next year when the Olympic committee decided to offer the games in a two-year time frame instead of the usual four years.

At the US Nationals in 1992, Kerrigan was attacked and Harding won the title.  However, a few months later she, Gillooly and Eckhardt found themselves being investigated by the FBI and were eventually found guilty of planning or having knowledge of the attack.  Director Craig Gillespie's (The Finest Hours) I, Tonya is a retrospective look at Tonya's skating life up to the attack as told by Harding, Gillooly, LaVona, Eckhardt, and others in an interview format.

Writer Steven Rogers' (Hope Floats) terrific script is brought to life beautifully by a talented cast of actors.  While Robbie is good and convincing as Harding, it's Janney's portrayal of Harding's Mom that is the standout performance of the film as evidenced by her recent Oscar win for best-supporting actress.  Stan is also strong as Gillooly while Hauser is simply fine as the bodyguard.  These actors take the brilliant format of the storytelling and Rogers' writing and bring the events to life.

The Blu-ray combo pack includes the Blu-ray disc, DVD disc, and digital download.  The first is presented in the standard 1080p high definition video quality with a 2.39:1 aspect ratio.  While the color palette is intentionally muted (I suspect) it is clean and sharp with no artifacting to be noticed.  The DTS-HD Master audio 5.1 is clear and really accentuates a soundtrack full of songs I know and love.   While the Blu-ray disc includes minimal extras, they manage to pack a punch.  They include Feature Commentary with Director Craig Gillespie, Deleted Scenes, Behind the Scenes and Trailers.  The best of these is the behind the scenes look at how the visual effects team put Robbie's face on another skater's body.

Even though the attack made headlines, this film focuses more on the relationships in Harding's life and how they affected her.  While briefly touching upon the actual "event", it paints Tonya as just one of the victims here.  Well written and terrifically acted, I, Tonya approaches the whole story from several interesting angles.