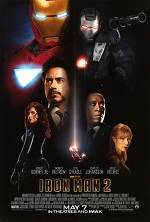 Robert Downey, Jr., star if "Iron Man" and "the Avengers", has injured himself on the set of the upcoming "Iron Man 3" film.

According to the studio, "Robert Downey Jr. sustained an ankle injury on the set of Iron Man 3 in Wilmington, N.C., while performing a stunt. There will be a short delay in the production schedule while he recuperates."

Filming began for the third installment back in May.  This time around, the cast includes Ben Kingsley, Rebecca Hall and Guy Pearce as well as  Gwenyth Paltrow.