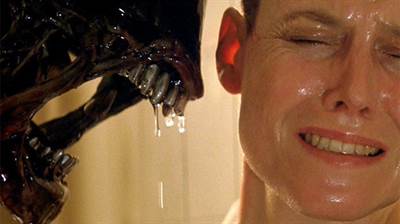 While 30th anniversary celebration are going on for James Cameron's Aliens, many are wondering about the delayed Alien 5 film, which is said to be a direct sequel to Aliens.

James Cameron spoke about the anniversary, saying, "I don't normally pursue these kind of nostalgia moments like we're going to do down at Comic-Con, and I didn't do it much at all for Terminator on its 30th, but there's something about Aliens. It was a milestone for myself and Gale because the film got seven Academy Award nominations."

Along with Alien 5, there are at least two more Alien prequel planned.